Starbucks debuted four new cup designs for the holiday season this week, which will be available in stores beginning Nov. 7.

SEATTLE - With a swirl of candy cane ribbon and a merry greeting on pops of color, it’s beginning to look a lot like the holiday season — at least at Starbucks.

The coffee giant debuted four new cup designs for the holiday season this week, which will be available in stores beginning Thursday across the U.S. and Canada.

“We came up with this idea of wrapping the stores in holiday joy and wrapping the cups like a gift to our partners and customers,” Jen Quotson, vice president of Starbucks Creative, said in a press release. “We wanted coming to Starbucks to be like uncovering a present.” 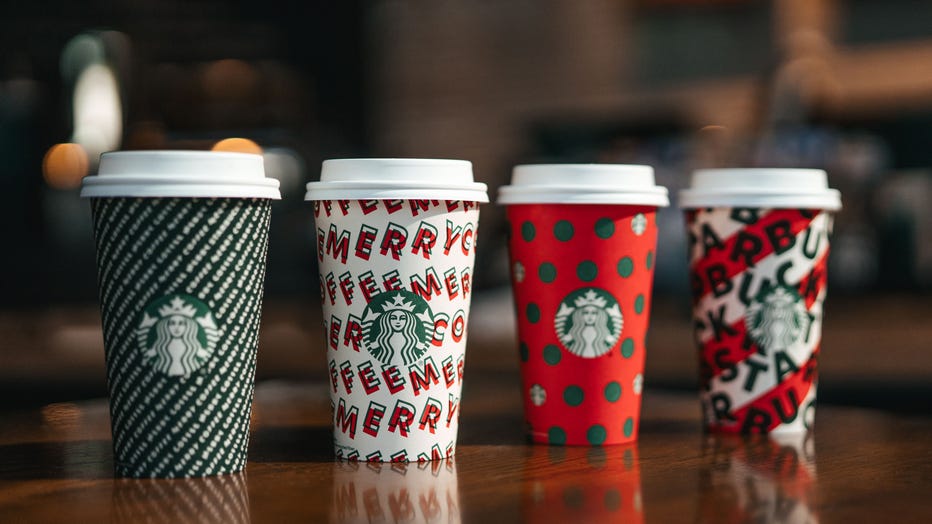 The Starbucks designers created more than 50 different designs, but landed on a series of four in shades of red, white and Starbucks green with a focus on typography as “as the main illustrative element,” the company said.

Customers who order a a holiday beverage on Thursday at participating stores can also receive a free reusable red cup while supplies last, the company said.

Starbucks’ holiday cups have been the subject of controversy in the past. In 2015, the company released a minimalist design that featured a plain red cup with the Starbucks logo — leaving some fans to complain on social media about the lack of festive cheer.