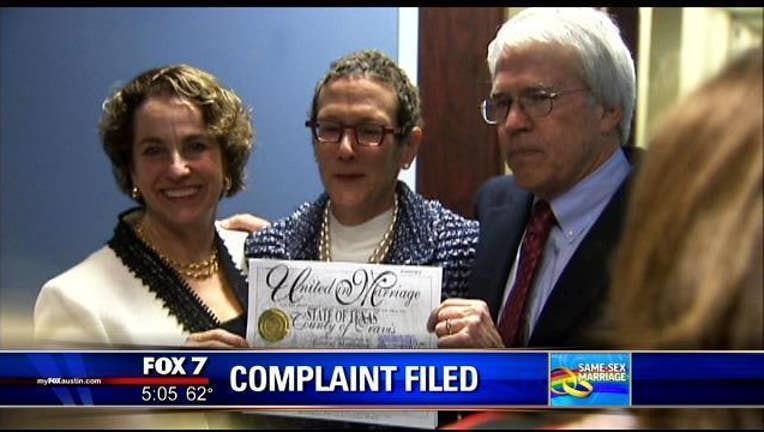 He's the Travis County judge who ordered the issuance of a same-sex marriage license.

The Arlington rep. says Texas law requires judges to notify the Attorney General's Office regarding a ruling on statutory grounds.

Wahlberg then ordered the issuance of the license.