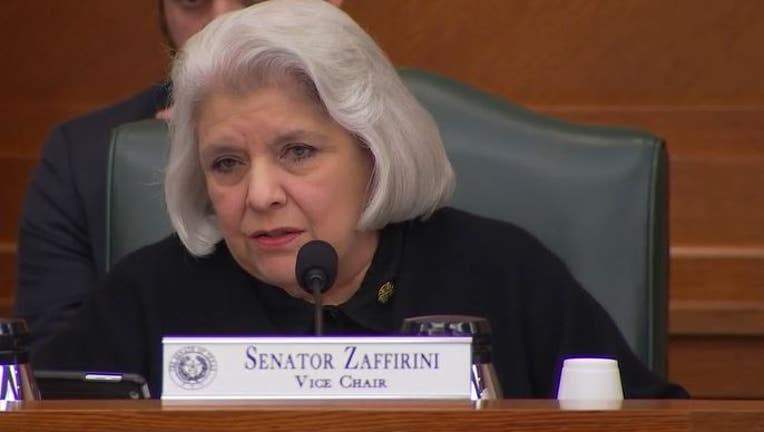 Seven proposals were filed as Senate Bills (SB) 924-930 and also were combined into an omnibus bill, SB 923, captioned "relating to open government."

"Transparency is essential to preserving democratic governance," Senator Zaffirini said. "Texans need to know what happens in the halls of power to hold their leaders accountable. I'm delighted to champion not only these proposals, but also the cause of open government generally."

Zaffirini's office says the senator's proposals would address some of the state’s most pressing and emergent transparency issues. By defining "business day" in the TPIA, for example, SB 925 would close a loophole that has allowed some entities to avoid public information requests permanently by claiming every day as a "skeleton crew" day, which currently is not considered a business day.

Three of her bills would create a complaint mechanism at the Office of the Attorney General for requestors to report government bodies that fail to respond to TPIA requests (SB 927), ensure that disease outbreaks at nursing homes can bereported as public information (SB 930), and protect the public’s right to participate in open meetings held via teleconference or videoconference (SB 924), respectively.

Senator Zaffirini says interest in these specific reforms stems from discussion during a Zoom webinar she hosted in October titled, "Government Transparency During Emergencies." The co-sponsors for that webinar, the Freedom of Information Foundation of Texas, the Texas Association of Broadcasters, and the Texas Press Association, developed these proposals.

Kelley Shannon, Executive Director of the Freedom of Information Foundation of Texas, said government transparency cannot be sidelined amid the state’s many other pressing needs.

"The pandemic has magnified problems that were occurring in our Texas Public Information Act and Texas Open Meetings Act," she said. "Loopholes in these important laws need to be closed so that all Texans can stay informed and fully participate in our democracy. This package of legislation by Senator Zaffirini will get Texas on course again in protecting the public's right to know."

"The more complicated our government becomes, the greater the potential damage of poor stewardship or outright abuse—and the greater the need for transparency," Senator Zaffirini added. "This is especially true during emergencies, whether they're winter storms, pandemics, or even recessions. The public's right to the truth never changes, but its need for it is never greater than during times of crisis."

More information about these and other proposals is available via https://capitol.texas.gov/Home.aspx.