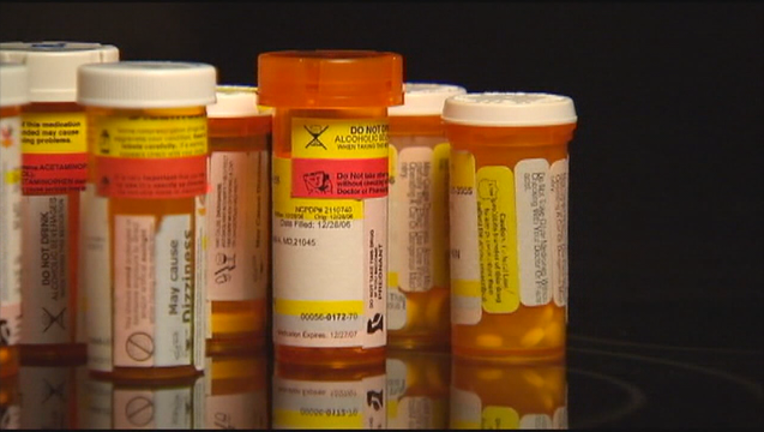 CHERRY HILL, N.J. (AP) - The federal government will spend a record $4.6 billion this year to fight the nation's deepening opioid crisis, which killed 42,000 Americans in 2016.

But some advocates say the funding included in the spending plan the president signed Friday is not nearly enough to establish the kind of treatment system needed to reverse the crisis. A White House report last fall put the cost to the country of the overdose epidemic at more than $500 billion a year.

Former U.S. Rep. Patrick Kennedy, a Democrat who served on President Donald Trump's opioid commission last year, said there are clear solutions but that Congress needs to devote more money to them.

"We still have lacked the insight that this is a crisis, a cataclysmic crisis," he said.

By comparison, the Kaiser Family Foundation found the U.S. is spending more than $7 billion annually on discretionary domestic funding on AIDS, an epidemic with a death toll that peaked in 1995 at 43,000.

States also have begun putting money toward the opioid epidemic. The office of Ohio Gov. John Kasich estimates the state is spending $1 billion a year to address the crisis. Last year, New Jersey allocated $200 million to opioid programs, and the budget proposal in Minnesota calls for spending $12 million in the coming fiscal year.

A spokesman for Massachusetts Gov. Charlie Baker, a Republican who also served on the Trump commission, said the federal government still needs to do more.

"Governor Baker encourages members of Congress to work together on a plan forward to fully fund the bipartisan recommendations," spokesman Brendan Moss said.

The opioid allocation is part of the $1.3 trillion budget appropriation Trump signed Friday. In a budget deal full of compromises, this was one element both parties heralded.

Addiction to opioid painkillers, including prescription drugs such a Vicodin and OxyContin and illicit drugs such as heroin and fentanyl, is causing deep problems across the country. It's being blamed for shortened life expectancies, growing burdens on foster care systems, and strains on police and fire departments.

The budgeted response amounts to about three times as much as the federal government is spending currently to address the epidemic, not counting treatment money that flows through Medicaid and Medicare. A spokesman for the U.S. Centers for Medicare and Medicaid Services said the agency does not track how much money it spends on drug treatment.

"This bill provides the funding necessary to tackle this crisis from every angle," U.S. Sen. Roy Blunt, a Missouri Republican who is chairman of a subcommittee overseeing much of the funding, said in a statement. "It's another major step in our effort to get this epidemic under control and save lives."

The biggest chunk of new money in the congressional appropriation - $1 billion - is to be distributed to states and American Indian tribes. States with the highest overdose mortality rates would receive larger shares, a provision that's important to hard-hit states with small populations such as West Virginia and New Hampshire. Every state would receive at least $4 million.

Andrew Kolodny, the co-director of an opioid policy research group at Brandeis University, said he believes it would take a 10-year commitment to funding $6 billion annually to build a system that would make medication-assisted treatment accessible to everyone who needs it.

The federal appropriation also contains money for law enforcement and equipment to help identify and intercept opioids at borders and ports of entry.

Van Ingram, executive director for the Kentucky Office of Drug Control Policy, said he believes law enforcement is not the key to solving the epidemic but appreciates the additional federal money for policing.

"We are many years into this drug epidemic and the worst one in our history, and there have never been any new dollars for law enforcement to speak of," he said.

Providing law enforcement in Kentucky with naloxone, a drug that can reverse overdoses, is a major expense for his office. Federal help is now available to defray some of those costs.

Some of the federal money also will go toward helping people being released from prison avoid the drugs and to expand specialized courts for veterans and people with drug dependency.

The federal spending plan also incorporates language inspired by the 2016 death of a 30-year-old woman, who overdosed on pain pills she was prescribed as she left a hospital following surgery.

The woman, Jessie Grubb, received the pills from a Michigan hospital despite medical records reflecting her past heroin addiction and recovery. Under the law, federal authorities are encouraged to establish procedures for health care providers to share information about addiction histories.

"In honor of Jessie, but really in honor of thousands of families and recovering addicts, this legislation will go a long way to save lives," Grubb's father, David Grubb, said this past week from the family's home state of West Virginia.