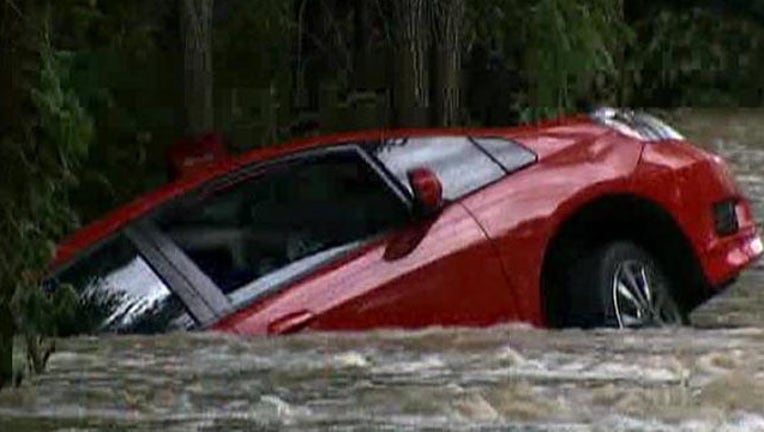 Floods were not the only problem after Tuesday's storm. In Northwest Austin, the storms brought a rock slide along Loop 360.

It's a breathtaking sight to see, but the destructive capabilities of this precarious looking giant rock are endless.

It's just one of the many happenings after the thunderstorm pummeled through the area, leaving many streets in Northwest Austin, flooded and closed.

"There's a sign that clearly says don't go over the road when there's water, so it's pretty clearly marked," said David Pollard, a visitor in the Bull Creek area. The storm flooded the creek overnight.

"Last year there was a Travis County deputy who was killed on a low water crossing so it's really dangerous to do that, people should remember that."

Steven Schwartzman occasionally visits the creek to take pictures. He says he is used to the normal protocol when it rains in this area.

"When there's a heavy enough rain like last night they almost always close Spicewood Springs Road, so if you live up there, you can get, essentially locked out of your house," said Schwartzman.

He agrees with the city erring on the side of caution and closing roads to be sure no one is hurt.

Luckily the spectacle of a rock slide on Highway 360 did not hurt anyone and the bull creek area did not flood enough to cause major damage. Those who frequently visit the area, say you can never be too careful.

"They have that slogan "turn around don't drown" because some people think oh it's only 6 inches of water. They don't realize that their tires are filled with air, and your whole car becomes a flotation device and you can be swept right off the bridge," said Schwartzman.

Spicewood Springs Road opened up shortly after 12 noon. Drivers are still cautioned to turn around if they see water that is too deep.