A brief history of St. Patrick's Day and how it became a day to celebrate Irish heritage.

When your school picture day falls on St. Patrick’s Day, you may need more than the luck of the Irish to make sure you actually appear in the photos.

Students’ pictures were being shot in front of a green screen to be superimposed on a generic background later during editing, but since it was St. Paddy’s Day and the traditional garb was also green, some students quite literally disappeared from their pictures.

Oliver Snow is one of those students. The kindergartner from Sugar Grove Elementary School in Greenwood, Indiana was having a green-themed party in his class on March 17.

His mother, Amanda Snow, told FOX TV Stations that Oliver really got into the spirit and wore a green shirt, a green collared jacket, lime green shorts and even colored his mohawk green.

Proofs of Oliver’s pictures were made available through a link provided to parents by the studio but when Amanda went to see her smiling son’s face, she got quite the surprise.

Oliver was literally disappearing into the background of his picture. And it wasn’t a leprechaun’s trick. 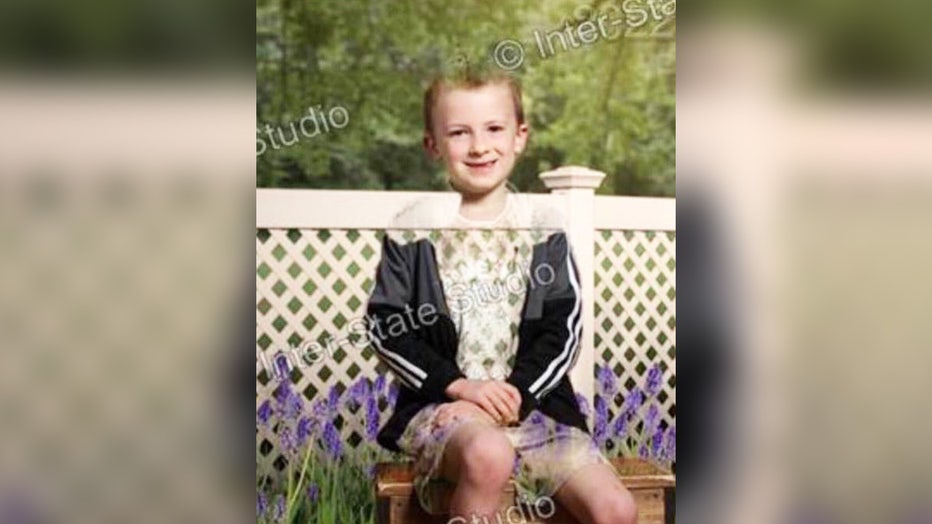 Pictured is Oliver Snow on March 17th spring picture day at Sugar Grove Elementary School in Greenwood, Indiana. Well, most of him, anyway.

"I was confused after I clicked the link to see the proofs. After a few seconds I realized what he had worn that day (a lot of green) and figured out what happened. I laughed out loud and showed my husband," Amanda said.

Amanda decided to share the funny mishap on a local mom group on Facebook and she soon became inundated with photos of other students who encountered the same ordeal.

"I made a post in a local mom group to see if anyone else had funny pictures from that day. Knowing surely there would be a ton of them because it was St. Patrick's Day. That's a big deal in elementary school. Once I kind of made light of it, everyone else was posting their students' funny pics too. It became a huge thread of REALLY funny pictures. Everyone was really enjoying the hilarity of it all," Amanda said.

Luckily for the parents, the pictures showing disappearing children were just digital proofs and could be edited easily.

"We try to get digital proofs in front of people quickly, so this is an example of seeing it before it goes through that post production process. Typically, this is caught in an earlier, automated stage. This image is not the final product because it gets fixed in post-production," according to Inter-State Studio, the company in charge of photographing the students.

"We appreciate the opportunity to respond to this specific instance- everyone has had such a good sense of humor about this," the studio added.

While she is glad the studio responded promptly to the hilarious mistake, she was slightly disappointed she wouldn’t be able to keep a copy of Oliver blending into the photo-shoot background.

"Honestly most parents will probably be bummed out about because the funny ones are just so good and memorable— I know I wanted copies of the green screen mess-ups," Amanda added.

Kelly Hayes contributed to this report. This story was reported out of Los Angeles.