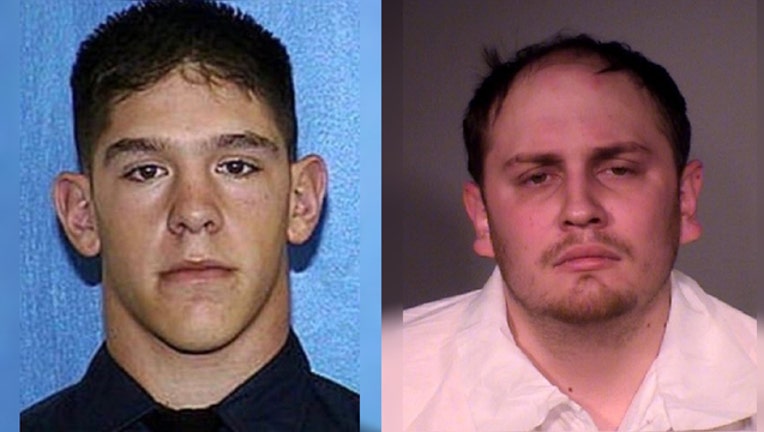 MILWAUKEE (AP) - A man who was charged Sunday with killing a Milwaukee officer during a drug raid on his home told investigators that he didn't realize it was police trying to break down his door, authorities said.

Jordan P. Fricke, 26, is charged with first-degree intentional homicide and other crimes in the fatal shooting of 35-year-old Officer Matthew Rittner, who was part of a tactical unit trying to serve a warrant to search the home for illegal drugs and weapons on Wednesday morning.

According to the criminal complaint, police announced their presence several times and said they had a search warrant, and an officer yelled "police" right before Fricke fired four rounds through a hole in the door that Rittner had made with a battering ram. Rittner died of a gunshot wound to the chest.

Fricke was in bed with his girlfriend when they were awakened by loud noise and yelling. He told investigators that he never heard anyone yell "search warrant." He said he thought he heard someone say "police" but didn't think it was actually the police trying to break into his home, the complaint states.

Fricke's girlfriend said she saw him shoot at the kitchen door and that she knew police were at the door because she heard them identify themselves, according to the complaint.

A $1 million cash bond was set Sunday for Fricke, who remained in jail. A court commissioner found probable cause to hold Fricke for further proceedings, and a preliminary hearing was set for Thursday.

Rittner, a 17-year veteran of the force, was the third Milwaukee officer killed in the line of duty in eight months. The department had previously gone more than two decades without such a death.