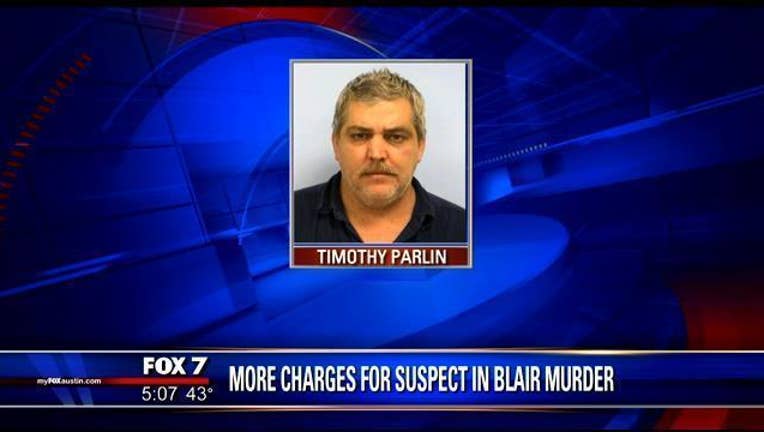 AUSTIN, Texas - One of the suspects in the murder of choir director Kathy Blair is facing charges for another crime.

Timothy Parlin is now charged in a separate burglary of a south Austin home in November.

The house is on Fentonridge Drive near Westgate and William Cannon.

The victim was not home at the time and returned to find the front door unlocked. Jewelry was missing.

Parlin was arrested in connection of the burglary of Kathy Blair's house. Blair was murdered during the course of this burglary.

Shawn Gant-Benalcazar admitted that he and Parlin traveled to Blair's house on the night of the murder. He told police Parlin had remained in the car while Gant-Benalcazar went inside, killed Blair and took her jewelry.

Cops say Parlin drove Gant-Benalcazar to the scene, kept watch, and drove him from the scene knowing beforehand the nature of the crime.