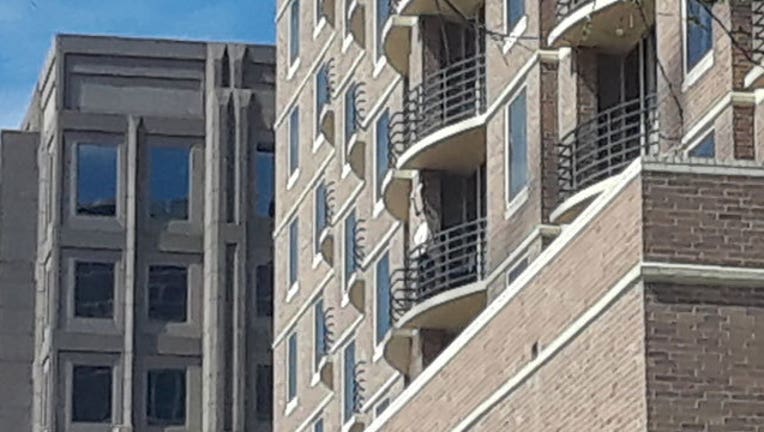 Price was booked into the Travis County Jail DPS said.

Austin police have arrested a man on a balcony of the DoubleTree hotel in Downtown Austin.

The incident came in as a report of a man on the roof with a gun.

"We were on the ground. They told us to go to cover just get behind something, any type of structure,” he said.

The officers' focus was on a man on a balcony at the DoubleTree at 15th and Lavaca.

"He was there with his hands up by the time the troopers had their guns drawn on him from the south side of the DoubleTree Hotel,” said Gamez.

Gamez kept his phone camera rolling throughout the incident. You can hear officers talking with the suspect.

Gamez says he was told the man had a rifle.

"That's always a scary situation, you know, find out somebody has a rifle they're on a balcony from a vantage point,” said Gamez.

FOX got video from the side of the hotel on Lavaca. The man is standing up in our video. A trooper comes out on a neighboring balcony appearing to talk with the man. He backs up and the trooper gives the thumbs up.

Minutes later Austin police tweeted that a suspect was in custody.

"It was kind of shaky, kind of crazy, everybody hid, we did exactly what DPS asked us to do and it ended well,” said Gamez.

Troopers searched a truck in the front parking lot of the hotel. It had Alabama plates. The trooper then drove off in the vehicle.