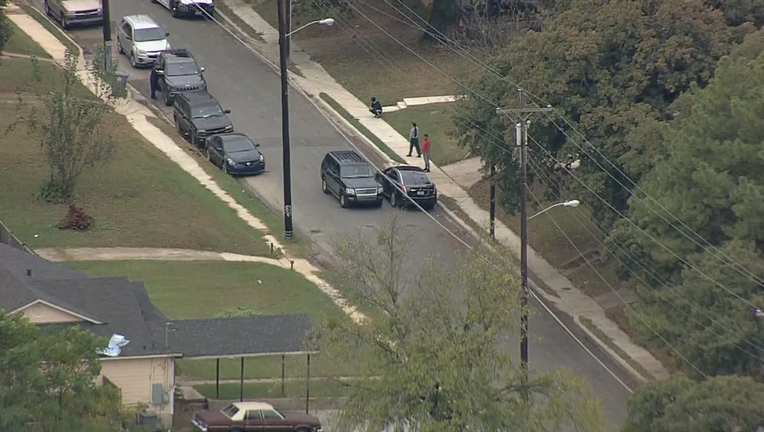 According to police, the driver of a black SUV was a suspect in a deadly conduct case.

He apparently stopped several times to talk with negotiators, but then continued to drive away from officers.

Police called off pursuing officers at one point, and then continued to keep an eye on the suspect using their helicopter.

At some point, the suspect got out of the vehicle and slipped away. Police believe the suspect may have gotten away in a red sedan.

No further details were released about the suspect.