PFLUGERVILLE, Texas - Officers with the Pflugerville Police Department have made two arrests after a three-year-old was reportedly found alone in a non-running vehicle in a Walmart parking lot, screaming and attempting to get out.

According to police, officers were dispatched to Walmart at 1548 FM 685 around 7:30 p.m. on Monday, February 17 for a welfare check. Witnesses had told dispatch that there was a toddler who was in a non-running vehicle in a Walmart parking lot, screaming and attempting to get out.

The weather was approximately 52 degrees that night, according to the National Weather Service, and the child was found wearing a thin 'windbreaker'-style jacket. Police officers also noted in the affidavit that there was an open 16 oz can of Modelo Beer, cool to the touch with liquid inside, in the cup holder near the driver's side and easily accessible to the child.

In addition to the open container, police located three additional closed cans of Modelo Beer inside an open beer box in the rear of the vehicle as well as another can under the seat where the child was sitting. Officers also found an open bottle of Dayquil in the passenger's side door pocket, a bottle of Advil in the driver's side door pocket, and a tube of Orajel in the center console. Police officers also noted there was no child safety seat in the vehicle.

When officers arrived on the scene, they attempted an in-store page via the overhead speakers in Walmart requesting the owner of the vehicle the child was found in to come to the parking lot. However, no one responded, according to police.

Around 7:50 p.m., a male and female approached the car that the three-year-old child was found in. Police began speaking with Janeth Cordova, who identified herself as the mother of the child. Cordova didn't speak English and told a Spanish-speaking officer that she left the child alone in the vehicle because he was sleeping when they arrived in the store and she didn't want to wake him up. 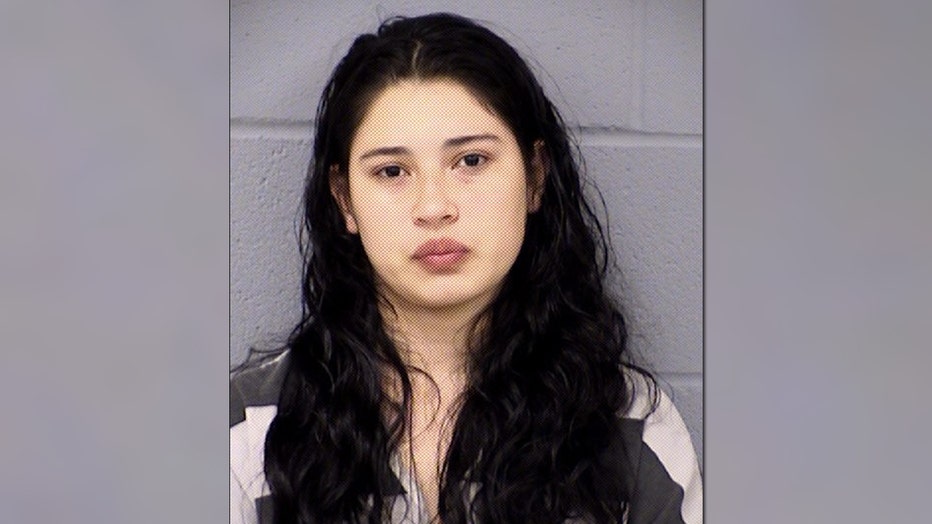 Officers also interviewed Roberto Lopez Castaneda, who said he drank a 'few beers' before picking up Cordova and the child and going to Walmart. Police officers determined that Castaneda was intoxicated and arrested him for driving while intoxicated with a child passenger.

Cordova and Castaneda walked to the car without a sense of urgency or concern, according to the affidavit.

Cordova was unwilling to provide information on next of kin or the address of where she resides to police officers, so Child Protective Services took emergency possession of the child and placed him into foster care. Cordova was arrested and charged with abandoning or endangering a child with intent to return, a state felony. Bond has been set at $6,500.