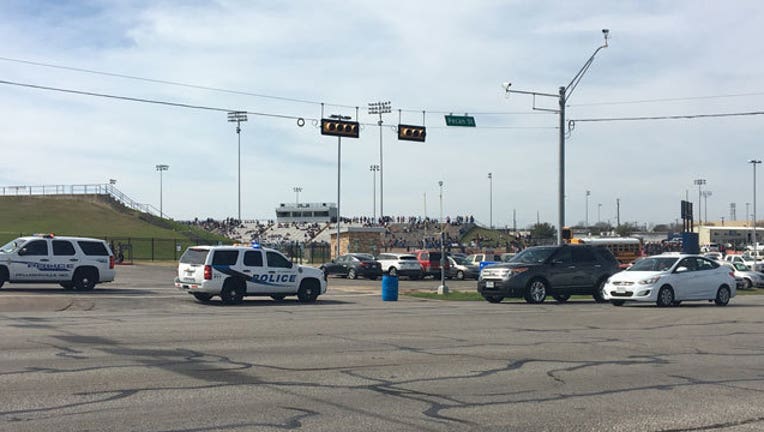 PFLUGERVILLE, Texas - *Update* Police have one juvenile in custody. The student was taken into custody and charged with first degree arson. The investigation is ongoing.

* Update 1:16 PM* Students are being sent home. 200 have left the school while some are still there. There is a male suspect. No confirmed object has been found.

*Update 12:55 PM* Students have been moved to the gym as investigation continues. Officials say the school day has not been canceled and that dismissal time and buses will run on a normal schedule.

An investigation is underway at Pflugerville High School after a "suspicious object" was found.

Officials say the item was found in a bathroom after a report of fire earlier today at around 8:30 AM. Students and staff were evacuated at that time to the football field.

At 11:21 AM, Pflugerville HS tweeted out that students are still at the stadium waiting for word from public safety officials. Sack lunches and water are being provided.