TAMPA, Fla. - Two months after a 14-year-old Hillsborough County boy was hit by a car and killed, deputies have arrested the man accused of causing the chain reaction that led to his death. Investigators say Jose Ortiz shot at the driver, causing her to lose control and crash into Jason Lopez Jr.

But Lopez's family says that this one arrest isn't enough to bring closure to their grieving family.

Though time has passed, the pain is still so raw.

"Him not here with me right now just makes me really really sad," said Lopez's little sister Anastasia Lopez, tearfully, "because now I have nobody to talk to when I'm sad."

Tragically, a boy who disliked violence or arguments lost his life because of someone else's.

"He didn't like to fight," Pinto said. "He just wanted to play X-Box." 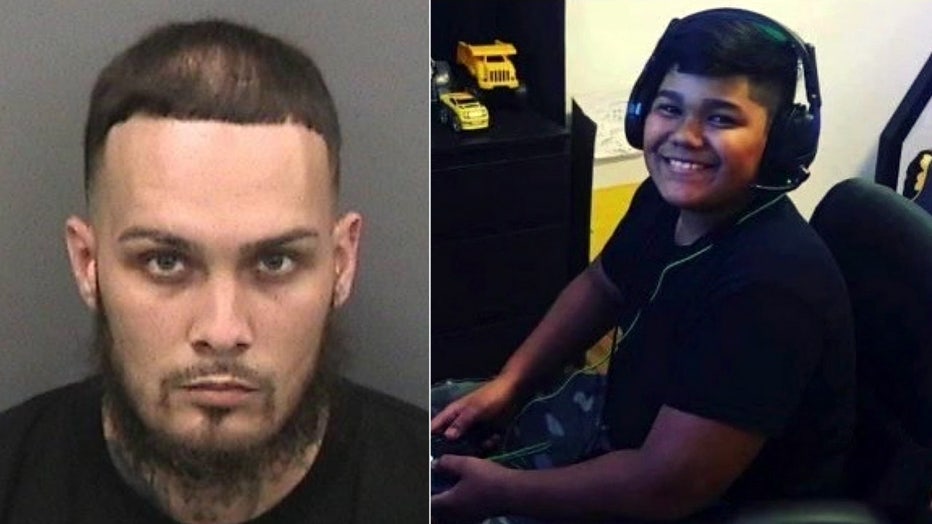 February 7, Super Bowl night, Hillsborough County deputies say 29-year-old Jose Ortiz got into an altercation with a woman, a pizza delivery driver, at The Place at Carrollwood Apartments.

"It was over jerseys," said the family's attorney Ralph Quito, who goes by "Ralph The Lawyer."

"And, I believe the pizza driver had a jersey on, then there was maybe some conversation over one jersey over another jersey," Guito explained, "and then that led into a confrontation that ended in this tragedy."

The woman left, came back, things escalated to physical violence, and as she went to drive away, deputies say Ortiz shot her. She lost control, hitting and killing Lopez who was outside.

"She should've never come back," said Lopez's grandmother, Rosa Ocasio. "She should've come back with the police that's all and we would still have our baby with us."

RELATED: Florida woman who deliberately coughed on cancer patient gets 30 days in jail

Ortiz was arrested Monday, charged with First Degree Murder While Engaged In The Murder Of Another Human, among other felonies. The injured driver was not charged.

"To have one of my friends gone because of something so ignorant for grown folks to do, it's like, why?" asked friend, Lynnette Lenis.

Jason, who the family called "Jay Jay" wanted to become a detective. They describe him as a young gentleman who held doors and liked to talk about God.

His family wants everyone who should've protected him that night to come clean and share the details of what really happened.

Ortiz remains in the Hillsborough County Jail on no bond.