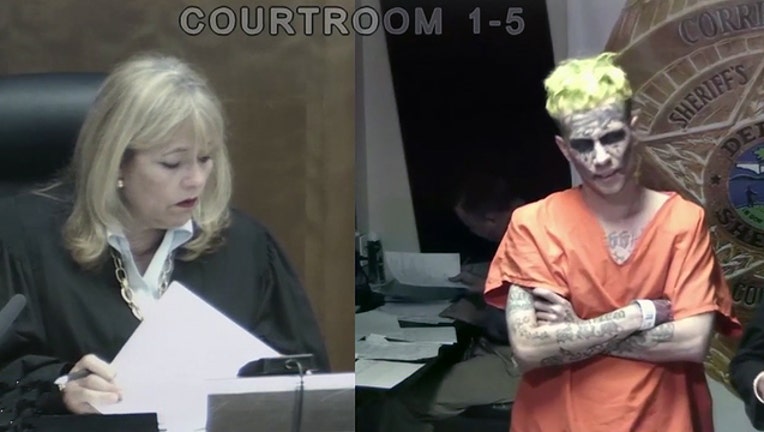 MIAMI (AP) - Police in Florida have managed to arrest the Joker without Batman's help following reports of a green-haired man with tattoos on his face pointing a gun at traffic.

A Miami-Dade police report says 29-year-old Lawrence Sullivan was arrested Tuesday evening and charged with carrying a concealed firearm. A booking photo shows the word "Joker" and a knife-pierced Batman symbol across Sullivan's forehead, while tattoos of long, stitched cuts are on each side of his mouth. His green hair matches that of the comic book and movie villain.

Sullivan was being held on $5,000 bail. Jail records didn't list an attorney.