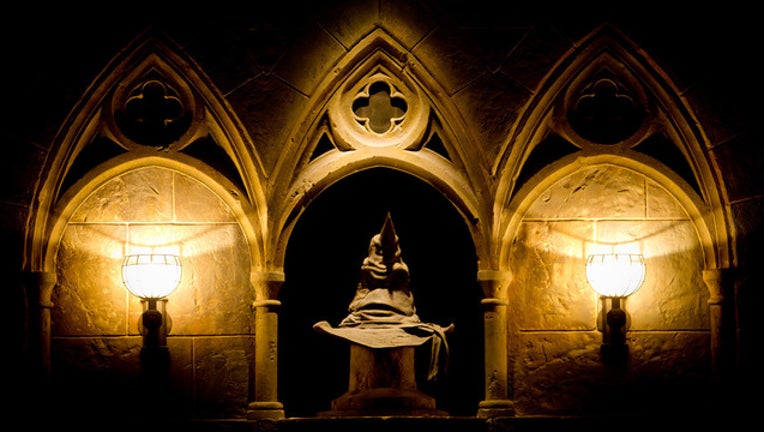 BOSTON (AP) - A post-doctoral student at the Massachusetts Institute of Technology has developed a project that can analyze brain activity and sort users into a "Harry Potter" Hogwarts house.

MIT Media Lab student Nataliya Kosmyna says her "Thinking Cap" project is made of noninvasive electrodes that capture a person's brain activity and uses machine learning to detect what a user is imagining. The Boston Globe reports the electrodes are encased in a wizard hat prop modeled after the Sorting Hat from the popular "Harry Potter" series.

Kosmyna says the hat can determine what a person is thinking about and use the information to sort them into a Hogwarts house in one test.

The cap was featured at a MIT exposition Tuesday. The still-in-development project's eventual purpose is to help students build self-esteem.

Information from: The Boston Globe