The CEO of a Nashville-based telemedicine company has been fired after a viral video showed him in an altercation with a teenager wearing a red prom dress, prompting widespread accusations of homophobia and harassment.

FRANKLIN, Tenn. - The CEO of a Nashville telemedicine company was fired after video appeared to show him ridiculing a teen boy who was wearing a prom dress during a photoshoot in Franklin, Tennessee.

"We thought it was a joke at first, like thinking this is just a chaperone, someone’s dad or whatever," Jacob Geittmann, 18, said.

Sam Johnson was reportedly at the Harpeth Hotel on April 24 when he allegedly confronted two male teens while they were having prom pictures taken in front of the building.

Geittmann, who is the boyfriend of Dalton Stevens, the teen who was wearing the red prom dress, started recording after a man who he identified as Johnson allegedly came up behind Stevens and asked him, "What are you wearing?"

In a video posted to TikTok on April 25 recounting the incident, Geittmann said his boyfriend responded to Johnson, "A dress, why?" 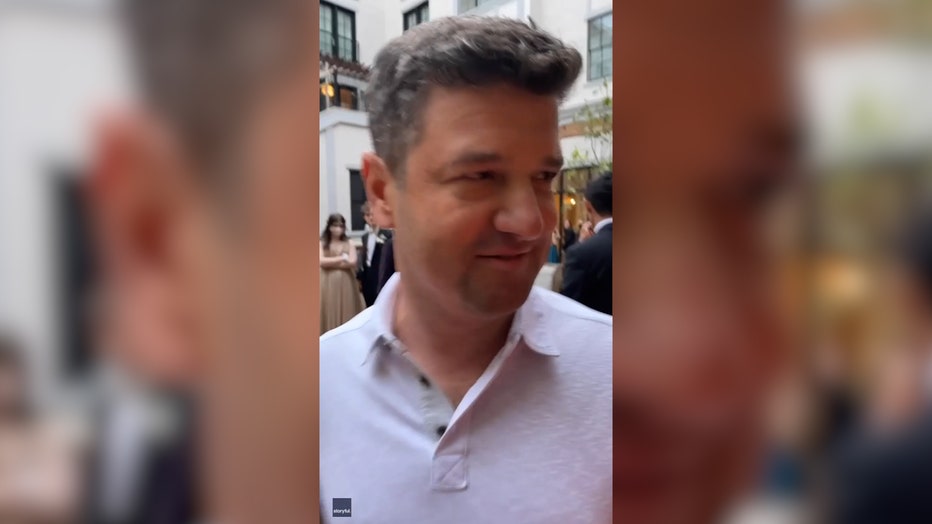 Freeze frame of a video that shows Sam Johnson allegedly harassing a male teen wearing a prom dress during a photoshoot.

Geittmann alleged that the man started harassing the pair, aiming "homophobic banter" at Stevens and telling him he should not be wearing a dress.

Geittmann said he took his phone out to record, after which he said Johnson allegedly slapped the phone out of his hand.

In a separate video of the incident, Geittmann records a man who appears to be Johnson telling Stevens that he looks "like an idiot" and continues to follow Stevens around even after the teens’ parents ask Johnson to go away.

In the video, the man is seen walking towards Geittmann and appears to hit the phone before striking Stevens on the back. A woman in the video is heard behind the recording device asking the man to "please" move away as he appears to be smiling.

As several parents pleaded with Johnson to go away, saying that "it’s a special night" for the kids, he shrugged and stayed put. He appeared to continually stare at Stevens until the recording ended.

A Tennessee college student recalled his experience of witnessing his boyfriend, who wore a red dress to his prom night, being harassed by a middle-aged man in downtown Franklin, Tennessee, on April 24.

Geittmann and Stevens left the hotel before police were called by hotel staff to report an "unwanted person."

According to police, staff explained that Johnson had been involved in a confrontation with teenagers and told officers they would like Johnson, who was sitting at the bar, to leave.

RELATED: Florida woman accused of coughing on cancer patient gets 30 days in jail

Franklin Police Lt. Charles Warner said Johnson "denied any involvement in a confrontation," but was advised by officers to leave the premises, "as requested by hotel management." Warner said his department has seen the video of the altercation and was concerned, but had not been asked to investigate further. He said if they are contacted, "the department will investigate and assist them with all applicable next steps."

In statements to Newsweek and the right-wing Daily Wire website, Johnson denied all allegations of homophobia and wrongdoing, and claimed the interaction "wasn’t anything personal or involving a dress."

Johnson said the teenagers were "loudly cursing" and "were only there to take pictures and cause a public scene," the reports said. He also denied following Stevens, telling the Daily Wire he was walking back to his family at a restaurant inside. 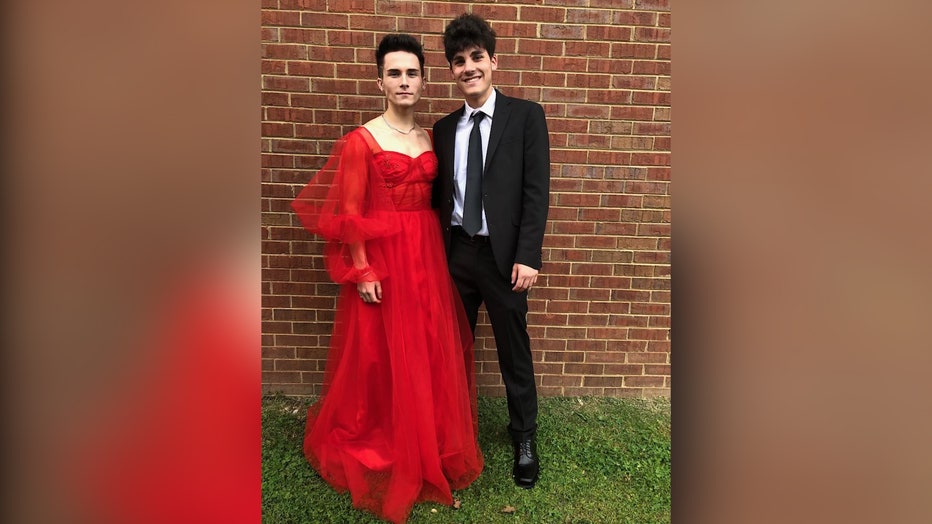 Jacob and Dalton posing for a prom picture.

Johnson’s former company, VisuWell, issued a statement on Monday announcing that Johnson had been fired from his CEO position and that the company condemned Johnson’s behavior "unequivocally."

"VisuWell’s culture emphasizes respect, kindness, and compassion, especially for those from traditionally marginalized communities, and we maintain a zero-tolerance policy for intolerance of any kind," the statement read. The company later added that Johnson no longer held a position on its board of directors, and was not employed by VisuWell in any other capacity.