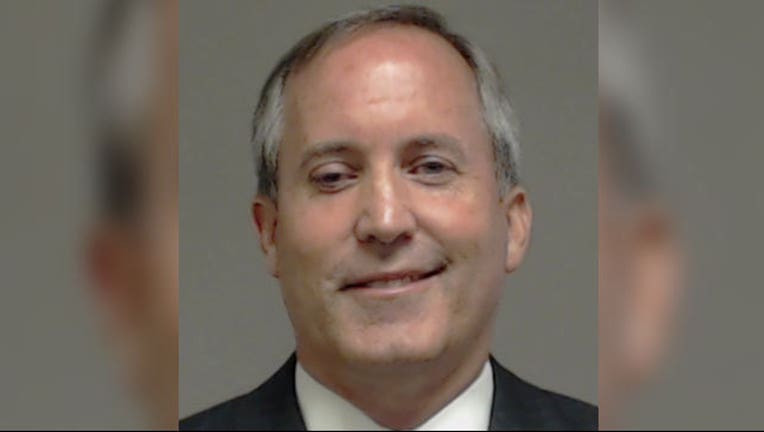 AUSTIN, Texas (AP) — Calling it a "dramatic overreach" by federal regulators, Texas Attorney General Ken Paxton asked a judge Thursday to dismiss a civil fraud lawsuit over his efforts to recruit investors to a high-tech startup before he was the state's top prosecutor.

The U.S. Securities and Exchange Commission sued Paxton and former executives of Servergy Inc. in federal court in April, alleging the Republican deceived friends and wealthy investors — at least once with high-pressure tactics — in 2011.

The civil charges mirror a felony criminal indictment against Paxton in Texas courts; he has pleaded not guilty in the criminal case. He also has said he won't resign and hasn't faced any public pressure from fellow Texas Republican officials to do so.

Like the criminal charges, the civil lawsuit accuses Paxton of not telling investors Servergy paid him to raise money.

"The SEC's claims against Mr. Paxton are a dramatic overreach and lack any basis in law," Paxton's argued in their motion to dismiss. "Mr. Paxton should not be left to labor under a cloud of suspicion while enduring years of costly discovery to refute claims that are meritless on their face."

The SEC lawsuit describes how Paxton allegedly betrayed a friend, raised $840,000 and pressured one investor to make a "hasty decision" to immediately invest, thereby increasing the value of Servergy stock that Paxton received as commission.

Also, one investor got worried when promises about product shipment failed to materialize, the SEC has said, and that Paxton did nothing to determine whether promised company milestones were true.

Paxton's attorneys argue the lawsuit makes no claims that Paxton made false or misleading statements to investors, and that "if anything, Mr. Paxton himself was deceived by Servergy's founder."

The allegations in the criminal indictment have Paxton facing a possible sentence of five to 99 years in prison. In the civil lawsuit, federal regulators want Paxton to pay back any "ill-gotten gains or unjust enrichment" and pay additional penalties.

A Texas appeals court refused to throw out the criminal indictment on June 1. Paxton's attorneys haven't said if they will appeal that ruling to Texas Court of Criminal Appeals.