It is nothing less than life-changing.

Frank Siller, CEO of the Tunnel to Towers Foundation, shared on "Fox & Friends" on Tuesday morning that his organization has just given a fully paid and brand new smart home to U.S. Army Specialist Jason Wheeler of Texas.

This is going to make "an incredible difference" to the family, said Kristi Wheeler, Jason Wheeler's wife, who has a special needs son.

She noted that "every single room [in the new house] has a Bible verse written over it [on the walls]. We wanted this house to be blessed from the ground up … It's going to change our world forever. It's going to make our lives so much easier," she added. 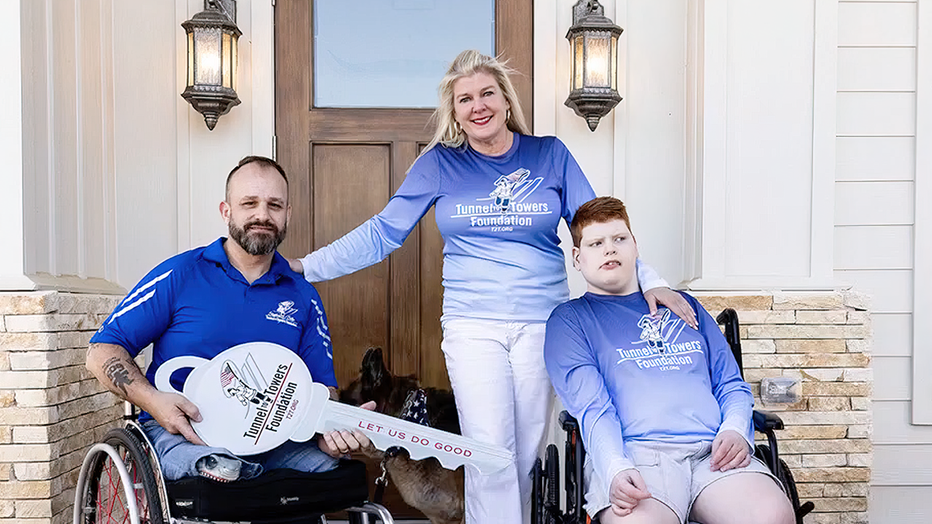 The Wheeler family of Texas appeared on "Fox and Friends" on Tuesday to share their gratitude for the new home smart they've just received from Tunnel to Towers. "It's very humbling to be able to wheel right in," said Jason Wheeler (at left). (FOX)

Said Jason Wheeler about the gift overall, "It's just phenomenal."

"It's very humbling to be able to wheel right in," he said about his new home and all of its rooms.

Frank Siller of Tunnel to Towers told the couple on Tuesday morning, "To see you in your home, especially during this Easter season — what better family to receive a home on such a spiritual weekend as Easter weekend, for you and your family."

He added about the Wheelers' devotion to scripture, "That's all about who we are as a foundation. We follow the teachings of St. Francis, where he said, ‘Brothers and sisters, while we have time, let us do good.’ And we did good this weekend for a great family that gave so much for our country."

Said Jason Wheeler to Siller and to all those who donated to the organization so that it could build this home, "We are forever grateful." 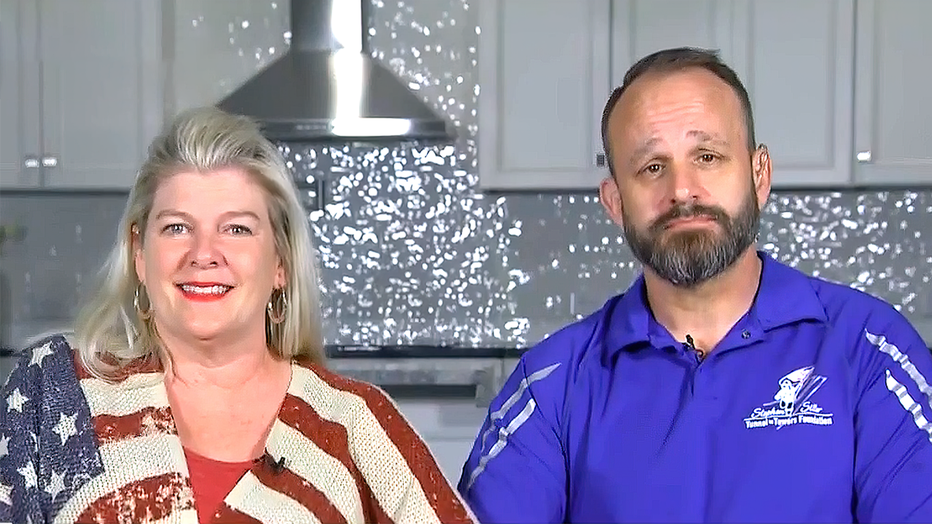 The Wheelers of Texas appeared on "Fox and Friends" on April 19, 2022. Jason Wheeler (at right) received a bilateral above-knee amputation in 2015. (FOX)

Jason Wheeler joined the Navy in 1991. During the Gulf War, he served as a firefighter on the USS John F Kennedy aircraft carrier, according to a biography of him posted on the Tunnel to Towers website (t2t.org).

Wheeler was honorably discharged in 1993. But when America was attacked on 9/11, "Wheeler felt called to re-enlist in the U.S. Army," his bio explains.

Wheeler was assigned to the 1st Battalion of the 509th Airborne Infantry Recon, Team 2, according to the biography. "In 2002, during a training exercise simulating war, and during very unfavorable weather conditions, Wheeler jumped out of a Black Hawk helicopter at 1,500 ft. At about 250 ft from the ground, he experienced a parachute malfunction."

But Wheeler could not "cut away the chute that was wrapped around him" — and "at 50 feet above the ground, he had no support from his equipment and hit the ground at full force."

He suffered an array of injuries from the horrible fall, including "rod damage to both eyes — leaving him legally blind — a traumatic brain injury and PTSD." Given the severe injuries to his legs, Wheeler had a bilateral above-knee amputation in 2015.

Frank Siller of Tunnel to Towers noted that his group is building more smart homes in this year of 2022 than in any other previous year — and that there is still much work to be done for so many of America's heroes.

To learn more about the Wheelers' story and the work that Tunnel to Towers is doing, watch the video at the top of this article, or click here to access it.