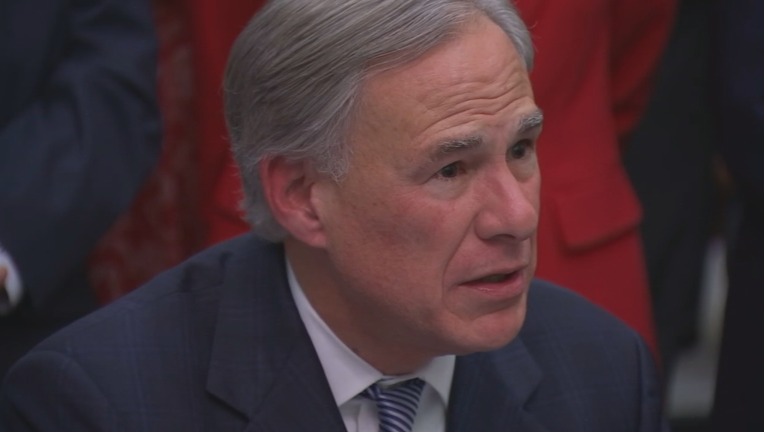 AUSTIN, Texas - Over the span of about a week, Texas received $459,000 in private donations for the state’s planned wall at the southern border, the governor’s office said Wednesday.

This comes after Gov. Greg Abbott said he would reallocate $250 million in state funds as a "down payment" for the project — while crowdfunding some of the remaining costs.

The identities of the donors and how much they donated to the wall construction are not readily available and can only be obtained through public information requests, a spokesperson for Abbott said. Eventually, Abbott’s office said, the total donations figure will be available online on a website that currently solicits people to donate.

Abbott has not given an estimate of the project’s total costs or details of how long the wall will be or where it will be located but said he expected it to be "hundreds of miles" long. He directed the Texas Facilities Commission to hire a program manager who will lead efforts to determine those factors.

The commission said in a statement Thursday it began work on creating a request for proposal for the program manager position, saying it would remain "transparent and compliant with State competitive bidding standards."

Abbott also said he expects Texans to volunteer their land for the project and said he would send a letter to President Joe Biden asking the federal government to return land the Trump administration took from private property owners in Texas to build a border wall.

The Trump administration had met fierce resistance from private property owners unwilling to allow the federal government to build on their land. Land Commissioner George P. Bush said last week he would grant emergency authorization for the building of the wall on state lands, which makes up approximately 591,595 surface acres along the border.

Promises and calls for a border wall between Mexico and the U.S. were a hallmark of former President Donald Trump and his supporters, both during his campaigns and his presidency. Trump’s administration built about 450 miles of barrier, mostly in Arizona, according to The Washington Post. Trump is set to tour the border with Abbott next week. Vice President Kamala Harris will head to the U.S.-Mexico border on Friday.

Tensions over border security have risen between the Democrat president and the two-term Republican governor. Abbott has blamed Biden's immigration policies for the increase of immigrants on the state's southern border, saying in a disaster declaration that new federal policies have paved the way for "dangerous gangs and cartels, human traffickers, and deadly drugs like fentanyl to pour into our communities." Abbott has announced a partnership with the state of Arizona calling for other states to send law enforcement officials to help border states arrest and jail immigrants crossing the border.

There were 180,034 border crossings last month, and nearly 40% of those turned back had previously crossed. This is compared to fewer than 25,000 border crossings in late 2020, according to data from the U.S. Customs and Border Protection. During the Trump administration, the highest recorded number of apprehensions was nearly 150,000.

Portions of the existing wall in Texas cost $26.5 million per mile to construct, federal lawmakers have said. The Biden administration has said building the wall cost taxpayers $46 million per mile in some areas along the border.

Texas’ border fundraiser has already surpassed a similar effort in 2011 by the Arizona Legislature. That effort received almost $270,000 by 2014, but the attempt was abandoned and the money reallocated after estimates for the final project stretched into the billions, according to The Arizona Republic.