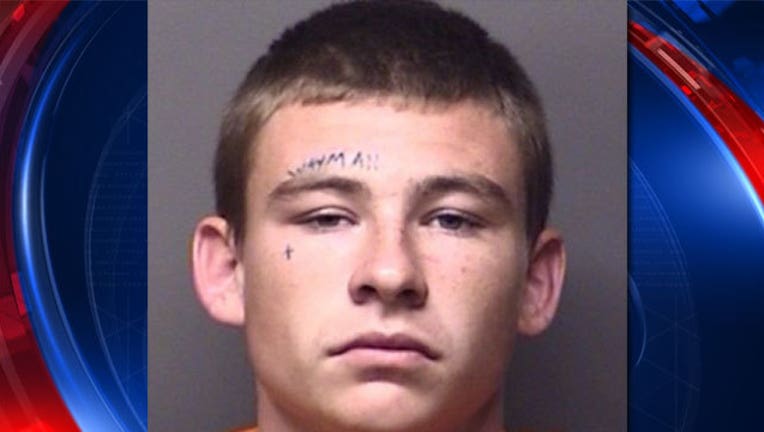 A North Texas man shot and killed his 3-year-old stepson because he was upset the boy was jumping on the bed, authorities said.

George Coty Wayman, 18, was arrested on capital murder and criminal trespass charges in the death of the toddler, Dominic Tra’Juan Castro, the Wichita Falls Times Record News reported Thursday. He was being held on bail of more than $500,000.

Wayman had scolded the boy for jumping on the bed in a trailer home in Bellevue, a small town near the Oklahoma border, Tuesday afternoon, the paper reported, citing an arrest affidavit.

The boy’s mother and other adults were in the trailer at the time, the paper reported.

When authorities arrived they were initially told that Dominic was jumping on the bed and that his actions accidentally caused the gun to discharge, KFDX-TV reported.

The authorities said they were eventually told that Wayman pointed the gun at the boy and told him that if he didn’t stop jumping on the bed he would shoot him, the station reported.

He then fired the gun and a bullet struck the boy in the back of the head, the station reported, citing officials.

KFDX reported that the yard in front of the trailer was full of toys Thursday.