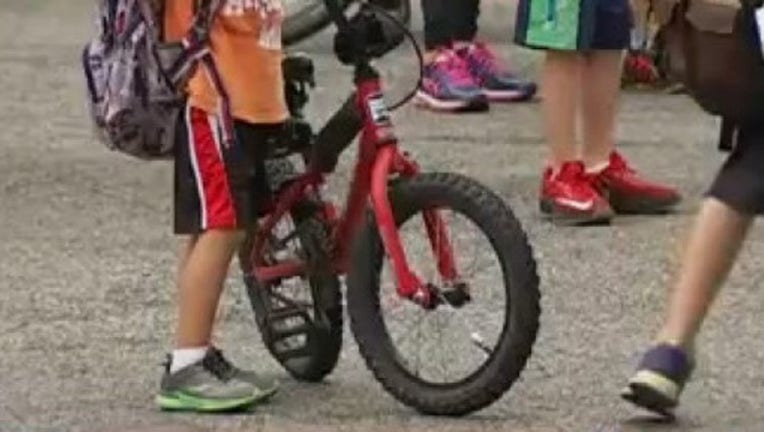 FORT WORTH, Texas (AP) - A Texas doctor believes a modeling system that's successfully identified neighborhoods, streets and even specific businesses where shootings and other crimes are likely to occur can help stop child abuse and neglect before it happens.

Dyann Daley started a nonprofit this summer to help communities create maps that can zero in on areas as small as a few city blocks where such maltreatment is likeliest to happen, helping prevent it before it starts and allowing advocacy groups to better focus their limited resources.

"This approach is really focused on prevention," said Daley, a pediatric anesthesiologist. "Because if you know where something is going to happen, then you can do something to stop it."

Unlike the common hot spot mapping approach, which identifies high-frequency areas of child abuse and neglect based on cases that have already happened, Daley's risk terrain modeling approach identifies other factors that indicate an area is fertile ground for abuse so that efforts can be made to head it off. Such prevention can not only save lives, it can help at-risk children avoid the often lifelong harmful effects of maltreatment, including a likelihood of alcohol and drug abuse, depression and anxiety, and risk of aggressive or criminal behavior.

"Hot spots tell you where past crimes have occurred, but don't explain why," said Joel Caplan, one of two Rutgers University School of Criminal Justice professors who created risk terrain modeling . He said hot spot mapping also assumes that crimes will continue to occur in the same location.

Risk terrain modeling was initially used to understand why shootings were happening time and again at certain locations. Caplan said it has since been used in variety of areas, including traffic planning and suicides, but that Daley's work is the first he knows of to apply it to child maltreatment.

"It gives us an idea of which risk factors we should focus on if we want to make the biggest impact, and that's something you can't do with hot spot mapping," Daley said.

Daley adapted the modeling for Fort Worth as executive director of the Cook Children's Center for the Prevention of Child Maltreatment , a post she left in May before starting her nonprofit, Predict-Align-Prevent Inc .

After using the model to analyze 10 known risk factors for child abuse and neglect, she found the most predictive risk factors for child maltreatment in Fort Worth were incidents of domestic violence, runaways, aggravated assaults and sexual assaults. Perhaps surprisingly, when poverty was removed as a factor the model's predictive accuracy improved, said Daley, adding that the most influential risk factors may change depending on the city, especially for rural versus urban areas.

The next step is determining what prevention strategies work. Daley said success will be measured by reductions in child abuse and highly correlative risk factors including violent crime, domestic violence and teen pregnancy.

Center for the Prevention of Child Maltreatment officials are spending the coming months coordinating a plan for specific interventions in Fort Worth.

"We've got the maps and we think we know where the risks are increased in our specific community. The big question that has to be answered is: What are you going to do about it?" said Larry Tubb, senior vice president of the unit that oversees the center. He said strategies could include neighborhood watch groups and early childhood development centers.

David Sanders, an executive vice president at Casey Family Programs, called Daley's work "incredibly promising" and said it now needs to be paired with research on what interventions work.

"There are a couple of interventions that seem to impact communities, but we just don't have enough," he said.

Daley distributed the mapping information to a variety of Fort Worth groups, noting that the prevalence of churches made them a good starting point for prevention efforts.

At the Tarrant Baptist Association, leadership director Becky Biser inserted pins into a map on the wall to mark churches of all denominations in high risk areas, helping assess what churches are doing and what more can be done. "For me, a picture says a lot. ... It's in a lot of people's neighborhoods," Biser said.

Melissa Zenteno, chaplain at One Safe Place, which helps victims of domestic violence, has been talking to pastors about her organization's services.

Some experts have concerns about the mapping approach, especially regarding interventions.

Neil Guterman, director of the violence prevention program at the University of Chicago School of Social Service Administration, said he fears that the mapping could lead to disproportionally intervening in marginalized communities in coercive ways. He said he could see its merits, though, if it's used the right way.

"If the tool is married with supportive strategies that we know can actually help and make a difference, then that would be very helpful," he said.