AUSTIN, Texas - Texas Gov. Greg Abbott said Sunday that in his state it's not just Republicans who are pushing back against the Biden administration as migrants surge to the southern border in record numbers.

According to U.S. Customs and Border Protection, there were more than 172,000 border stops in March – the most in 20 years – and 20,822 unaccompanied minors are in federal custody. Republicans have blamed the spike on Biden's immigration policies, but Abbott insists that in Texas they are not alone.

"This is a bipartisan response to the Biden administration because you have Democrat members of the United States Congress, you have Democratic members of the state legislature, as well as Democrat local officials who are pushing back against the Biden administration as much as conservatives in the state of Texas," the Republican governor told "Fox News Sunday" anchor Chris Wallace.

According to The New York Times, the federal government is projecting the number of unaccompanied minors in federal custody to reach 35,000, but Abbott said he believes the number will end up being "far higher" than that. 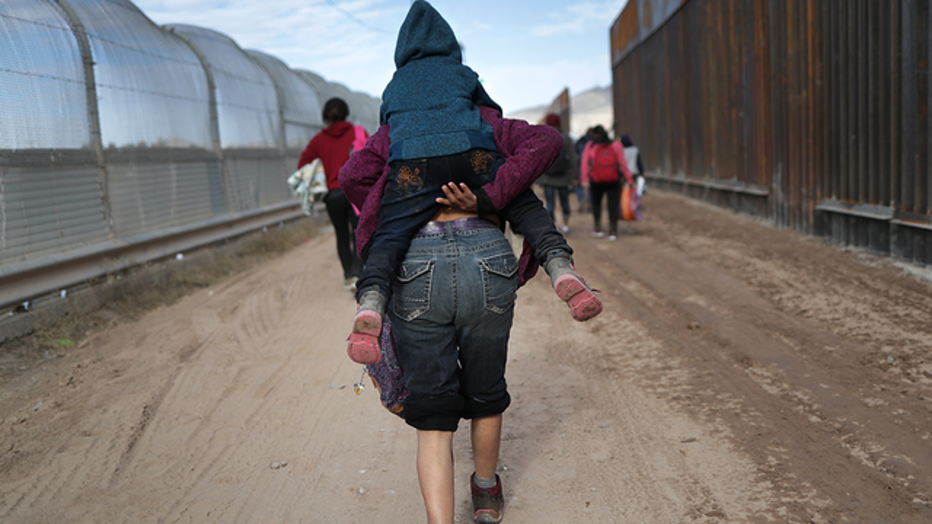 "This problem will continue to get worse because of the policies that have been adopted by the Biden administration," he said.

Abbott went on to detail steps the White House can take to improve the situation.

"What the president could do is to immediately put back in place the 'remain in Mexico' protocols that were established in the prior administration," he said, referring to former President Donald Trump's policy of requiring asylum seekers to wait outside the U.S.

"He could continue to build the wall along the border in south Texas. He could send a stronger message that these people should not be coming here," Abbott added.

According to Abbott, the current predicament should come as no surprise, as the Biden administration is "doing exactly what they promised during the course of the campaign." He recalled how during a Democratic primary debate, every candidate on stage -- including Biden -- raised their hand when asked who would provide free health care for illegal immigrants.

Abbott called on feds to investigate allegations of abuse at the Freeman Coliseum, where a&nbsp;number of unaccompanied migrant children are being housed.

Abbott also addressed recent allegations of child sex abuse among migrants at his state's Freeman Coliseum. Abbott has blamed the Biden administration for what is taking place there and on Wednesday called for the government to shut down the facility.

"Today, the Biden administration has done nothing to address these situations that will lead only to more allegations of child sex abuse," the governor said.

The governor has previously called the situation at the border a crisis.

Turning to Biden's recent address and announcement of executive action on gun control, Abbott questioned the constitutionality of the moves and suggested other measures the president could take instead.

"If the president really wanted to do something substantively, what he could do by executive order is to eliminate the backlog of complaints that have already been filed about gun crimes that have taken place."

Abbott also discussed the success Texas has seen as numbers of coronavirus cases drop amid an aggressive approach to reopening that recently included a packed house for Texas Rangers baseball games.

"It’s because when you add all the number of vaccinations that have taken place as well as all of the acquired immunity from all of the Texans who have been exposed and recovered from COVID-19, it means very simply it’s a whole lot more difficult for COVID-19 to be spreading to other people in the state of Texas," he said.

Still, Abbott noted that Texans "absolutely are not declaring victory at this time," and that his administration continues to be "very vigilant and guarded and proactive" with how it responds to the pandemic.