A Taylor couple who survived a horrific deadly crash at a drag race at Kerrville’s airport is speaking out, as they continue to grieve the loss of their six-year-old son, Daneil Trujillo-Jones, in that crash. FOX 7 Austin's John Krinjak has more.

TAYLOR, Texas - A Taylor couple who survived a horrific deadly crash at a drag race at Kerrville’s airport last month is speaking out, as they continue to grieve the loss of their six-year-old son in that crash.

Daniel Trujillo-Jones is one of two young children killed that day, and now his family is suing the race’s organizers.

For Chance Jones and Mary Kate Walls, the physical and emotional scars from October 23 will likely never heal. "It’s definitely the hardest thing I’ve had to deal with, ever," said Jones.

"It’s a rollercoaster, a lot of different emotions. One day you’re sad, and then you’re happy you can—I get to move," said Walls.

On Tuesday, the Taylor couple and their attorney announced they are filing a lawsuit against Flyin’ Diesel Performance, which organized the "Airport Race Wars II" event at Kerrville-Kerr County Airport—where the crash claimed the life of Trujillo-Jones, who was Chance Jones’ son and Walls’ stepson. 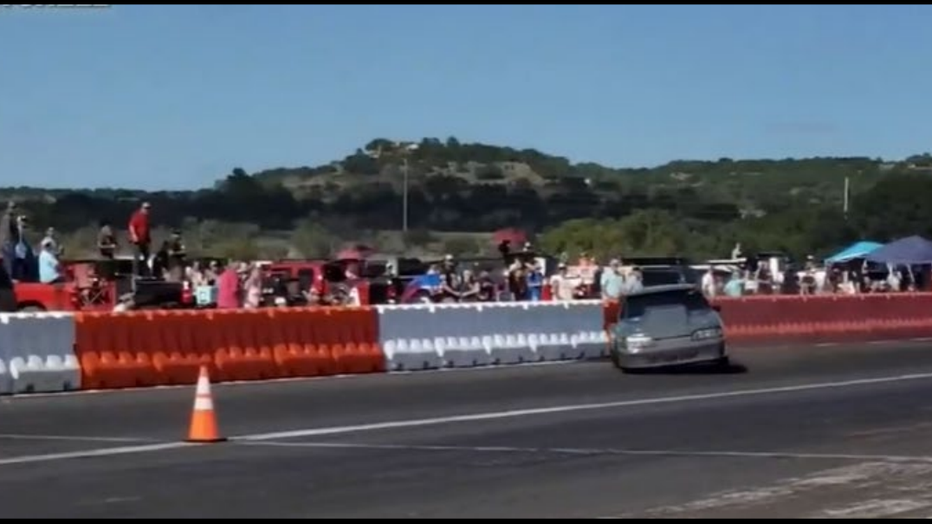 Daniel Trujillo-Jones is one of two young children killed that day, and now his family is suing the race’s organizers.

Another eight-year-old boy was also killed, and a woman, Rebecca Cedillo of Converse, died from her injuries after a racer—also named in the suit—lost control and careened into the crowd.

"The vehicle driven by Michael Gonzales crossed that line where barricades stopped and collided with the clients underneath their pop-up canopy," said the couple’s attorney Jon Clark.

Chance Jones, spoke from his hospital bed at Dell Seton Williamson County about what he remembers as he and his family were tailgating that day. "One of my friends who was there Nate yelled that a car’s coming towards us," said Jones. "And the next thing I knew I was hit and more or less airborne and pretty much bounced off another vehicle and went unconscious."

Seconds earlier, he was able to get his two other kids, James and Gracie, to safety, but Daniel didn’t make it. "I look over to Daniel. I see Daniel go under the car, and then like a second later it hit me," said Walls.

After being hospitalized, Kate is finally back home recovering, but will likely need more surgery. The suit does not specify an amount the family is seeking in damages, with court documents saying they will leave it up to a jury to determine what’s appropriate.

"We look forward to figuring out what happened out there," said Clark.

In a statement, Ross Dunagan, the owner of Flyin’ Diesel said: "The Flyin’ Diesel team is heartbroken over the tragedy that occurred on October 23, 2021. At the advice of our lawyers, we are unable to comment on the current lawsuit. However, we remain committed to working with those investigating the event and continue our open communication with the families. Our hearts are with all of those in need of healing."

In the meantime, this broken family says the outpouring of support they’ve gotten has made a huge difference, but they’re still struggling.