AUSTIN, Texas - A Texas School for the Deaf student is sharing the big screen alongside some huge stars in Warner Bros.' "Godzilla vs. Kong," which premieres today in theaters and on the streaming service, HBO Max. 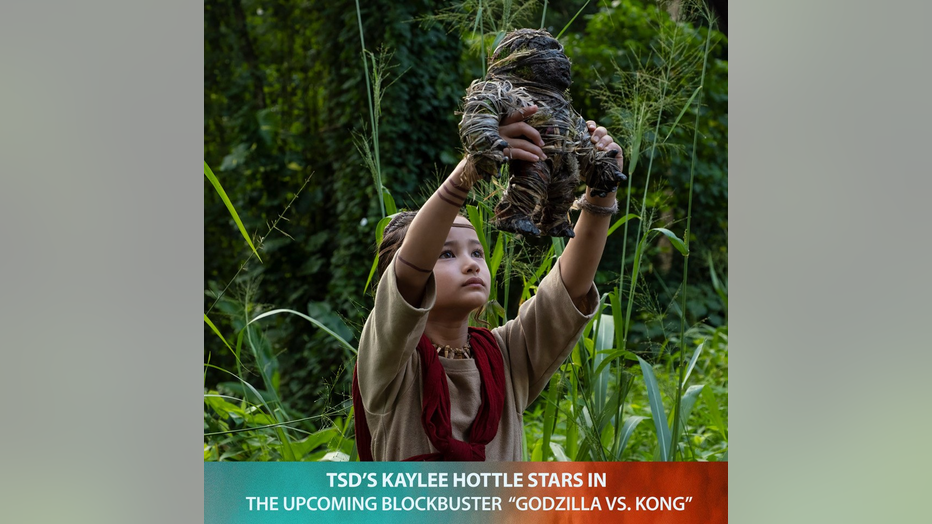 Kaylee Hottle stars as Jia, a young orphaned girl who is deaf, who forms a unique and powerful bond with Kong. Together the pair take on a perilous journey to find his true home, but unexpectedly find themselves in the path of an enraged Godzilla, cutting a swath of destruction across the globe, says the official synopsis of the film.

"Godzilla vs Kong", directed by Adam Wingard, is a long-awaited face-off between two screen icons and follows the events of "Godzilla" (2014), "Kong: Skull Island" (2017), and "Godzilla: King of the Monsters" (2019). It is also the first film in 59 years to feature both King Kong and Godzilla, says IMDb.