A Texas woman who stole people's wallets from salons, offices, shops and more is back facing new charges out of Austin and Oklahoma City.

AUSTIN, Texas - A serial wallet thief from Texas is back in jail for violating her parole. This time, she’s facing new charges out of Oklahoma City and Austin.

Royce Session’s criminal history started at a young age. According to a report from 2012 in the Victoria Advocate, Session, then 17 years old, arrived at the Victoria Regional Juvenile Justice Facility after spending three months in the Dallas County Juvenile Detention Center for debit and credit card abuse.

Since, her criminal ways haven’t slowed down. She has a collection of mugshots dating back to 2013.

Session has been convicted of multiple thefts in North Texas. Police said she stole wallets, purses, and cell phones at hair salons, spas, and other businesses in Dallas, Tarrant, Collin, and Ellis Counties.

In Oklahoma, Session is facing 12 counts of taking credit or debit cards and obtaining property by trick or false representation.

She has also made her way to Austin. Session is accused of stealing purses from two doctors in Austin. 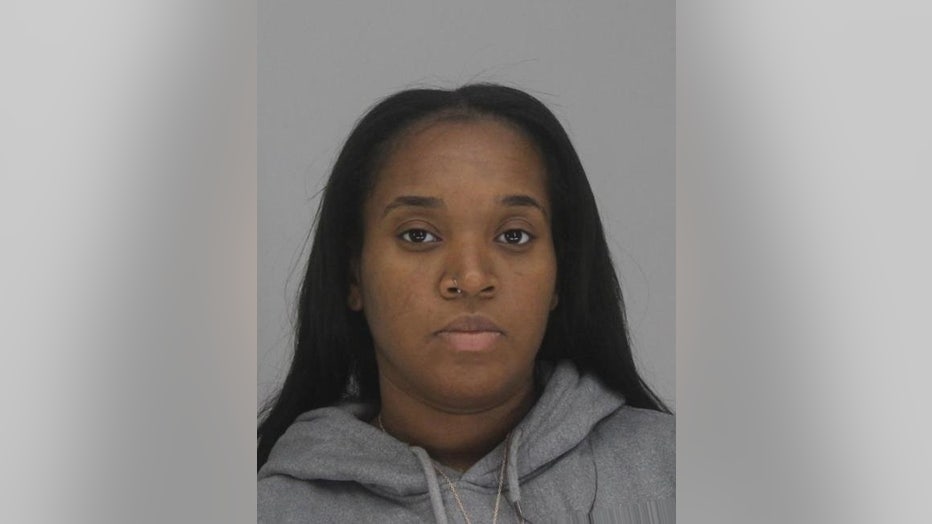 Royce Session is facing new theft charges out of Oklahoma City and Austin.

Court documents said Session inquired about scheduling an appointment at KindBody Clinic on West Cesar Chavez Street. Less than an hour later, the doctors said they received alerts of their cards being used at a gas station and the Apple Store for cell phone purchases.

The affidavit said surveillance footage and cell phone data put Session in the area at that time spending more than $9,000. She’s charged in Austin with felony credit card or debit card abuse.

Session is currently being held on a $10,000 bond for her latest charges.