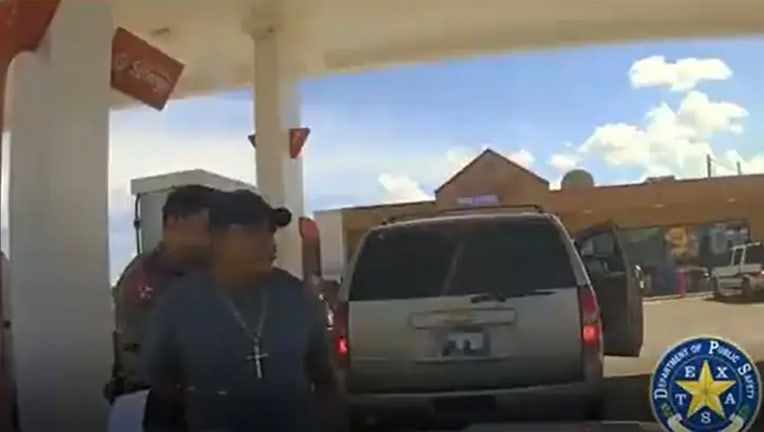 Gabriel Rangel Suarez, 47, a previously deported Mexican citizen, was arrested Aug. 18 after it was revealed he had an arrest warrant for indecency with a child by sexual contact, Texas authorities said. (Texas Department of Public Safety)

A previously deported Mexican citizen was arrested in Texas earlier this month over a warrant for sexual contact with a child and was found with three children and a U.S. Border Patrol cap, authorities told Fox News.

Gabriel Rangel Suarez, 47, was pulled over in Hidalgo County on Aug. 18 by a trooper with the Texas Department of Public Safety for a traffic violation, officials said. Suarez initially gave the trooper a false name before his true identity was revealed, authorities told Fox News Digital.

Upon learning his name, the trooper received an alert that Suarez, who was in the United States illegally, had an outstanding arrest warrant from Hidalgo County for indecency with a child by sexual contact. Inside the vehicle, the trooper found a woman and three children.

The woman and children are not related to Suarez, DPS officials said. The trooper also found a Border Patrol hat on the dashboard.

"He has no reason to have that," a DPS spokesman told Fox News.

Suarez possibly had it there as a deterrent so law enforcement would not stop his vehicle, officials said. A video of the arrests shows the trooper asking Suarez in Spanish about the hat.

Suarez replied that someone had purchased it for him, officials said. He was arrested for the warrant and lying to authorities about his identity.

He remains in police custody.