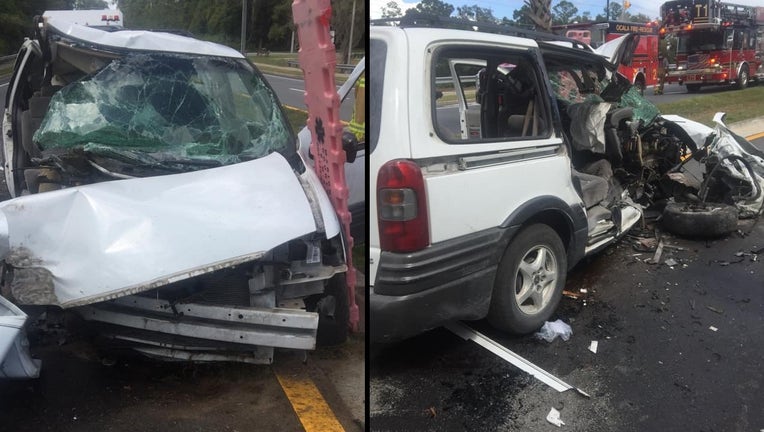 OCALA, Fla. (FOX 35 ORLANDO) - A Florida mother is facing attempted murder charges after police say she intentionally rammed her minivan into a tree in an effort to kill her children.

Police say they responded to the area of SE 31st St. and found a minivan had crashed into a tree. Inside the van police found Calicia Williams and her four children, who were not wearing seatbelts.

According to Ocala Fire Rescue, Williams was observed "making spontaneous utterances" while the children were being treated by emergency medical services.

"Detectives spoke with witnesses who advised Williams was traveling at a high rate of speed and told the passengers to take off their seatbelts, stretch out their hands, and stated, 'The devil can’t hurt you, he only hurts bad people. You have the light of Jesus in you and only Jesus can cure us,'" police said in a press release.

Williams and her children were transported to the hospital. Police say the passengers sustained injuries consistent with an unsecured traffic crash and their current condition is unknown.

Willams has been arrested and charged with four counts of attempted murder. She will be brought to the Marion County Jail after she is released from the hospital.