'The Masked Singer': Goodbye to PiRAT, Hummingbird and Panther

The second episode of "The Masked Singer" bid farewell to PiRAT, Hummingbird and Panther.

Fans were treated to a triple reveal following the grand season premiere exit of Knight and Hedgehog last week.

So who were the celebrities hiding under the masks?

STREAM FREE: Every season of "The Masked Singer" 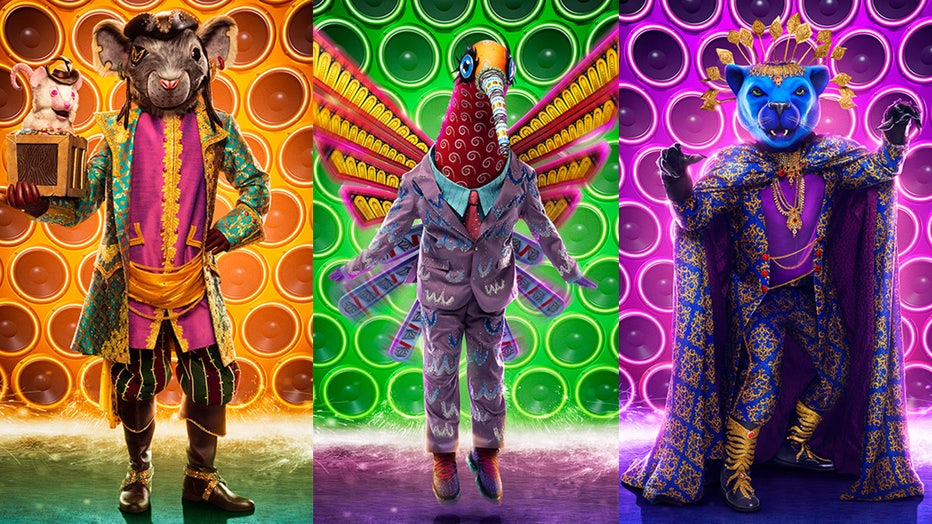 PiRAT was revealed to be none other than comedian Jeff Dunham.

"I started watching season after season, and I saw a lot of people who couldn’t sing and couldn’t dance, and I thought, ‘Well, I could do that,’" Dunham said.

Despite his jovial tiff with celebrity guest Donny Osmond, who told Dunham’s character that while he was an entertainer and was masterful at keeping the audience amused, he was not a great dancer, Dunham welcomed the back-and-forth commentary.

"So Donny Osmond and I got into it a little bit and that to me is just great entertainment," Dunham said.

And although he went home early in the season, Dunham said he hopes his daughters will be proud that he stepped out of his comfort zone.

"I actually think my daughters, they’re going to be proud of me just for the fact that I did something they would never expect me to have done," Dunham said.

WATCH FREE ON TUBI: Jeff Dunham and his puppets usher in spooky season with "Jeff Dunham: Minding the Monsters"

And ‘90s babies got a blast from the past as Hummingbird was revealed to be NSYNC’s own Chris Kirkpatrick.

Kirkpatrick said that many of his friends and fans of the show were already speculating he was one of the characters featured on this season’s "The Masked Singer."

"Finally I get on here, it’s like you’re yelling at them (panelists) going, ‘I know you guys!’" Kirkpatrick said.

"I did the best that I could do. It was just an honor to be finally on this show," Kirkpatrick added.

Lastly, but certainly not least, Panther was revealed to be the iconic singer, songwriter and producer (now turned pastor) Montell Jordan.

"To step outside of musical genres that I’m known for, Panther is a liberator to show that I am more than just one song," Jordan said.

Not only did Jordan get a chance to display his talents for singing different types of songs, but he shared a special moment with his wife regarding his character.

"When I actually put on the entire wardrobe, my wife said something to me that was remarkable. I was dressed how she sees me all the time. That someone else would see you like that, that means the world. That’s a great wife," Jordan said.

Your next binge: "The Real Dirty Dancing," streaming free on Tubi

How to watch "The Masked Singer"