Kermit the Frog is the Snail

The big reveal for the highly anticipated season 5 premiere of The Masked Singer was absolutely unfrogettable.

LOS ANGELES - The big reveal for the highly anticipated season 5 premiere of "The Masked Singer" was absolutely "unfrogettable."

It’s a reveal that was "felt" around the world as fans were absolutely shocked at who turned out to be under the mask.

Kermit the Frog may have been slow as the Snail, but he was smooth in his rendition of "You Make My Dreams (Come True)" by Hall and Oates. But the recognizable figure wasn’t smooth enough to impress the judges.

Robin Thicke was almost convinced it could be Seth MacFarlane underneath the costume. Ken Jeong thought it could be Jay Leno, considering Kermit’s iconic squeaky voice.

RELATED: FOX Super 6 gives ‘The Masked Singer’ fans something to sing about: a chance to win cash

"You know it’s as they say, it’s not easy being green," Kermit said. "But sometimes it’s even harder being a snail." 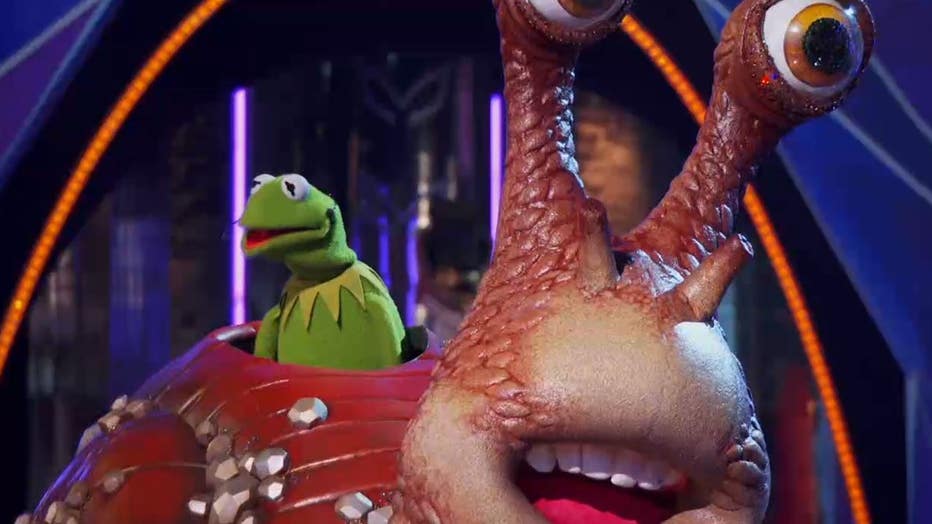 Kermit the Frog revealed on the season 5 premiere of 'The Masked Singer.'

Despite being ousted on the season’s first episode, Kermit was met with a standing ovation and gratitude from the judges.

"We love you Kermit," yelled Jeong.

Watch all-new episodes of "The Masked Singer" on FOX Wednesdays from 8-9 p.m. ET/PT.

This station is owned by the FOX Corporation. This story was reported from Los Angeles.