Adidas announced it has terminated its contract with the rapper formerly known as Kanye West.

LOS ANGELES - Ye, the artist formerly known as Kanye West, is no stranger to controversy. 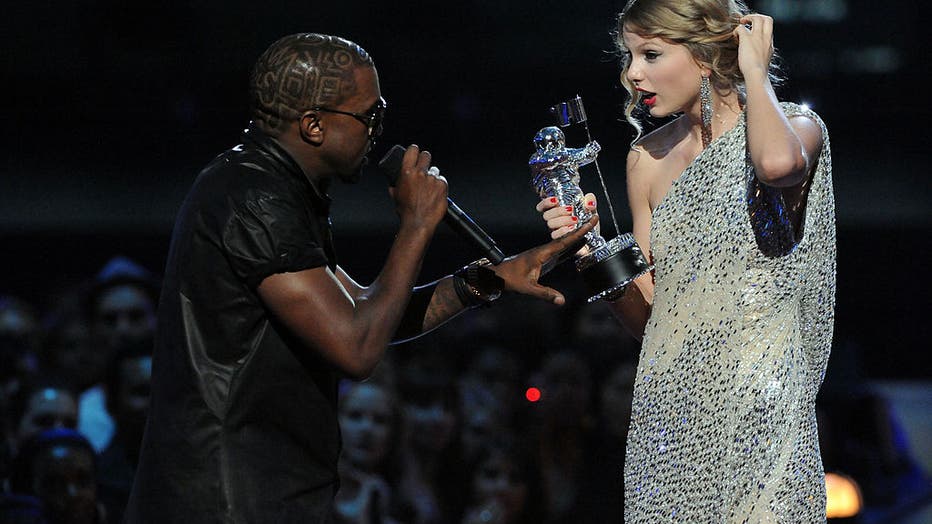 Perhaps his first jaw-dropping moment came in 2009 when he interrupted Taylor Swift’s speech at the VMAs in a moment that went viral. The two made up but then later rekindled their feud after he released the song "Famous," and then leaked a private conversation between the two.

From unsuccessfully running for president in 2020, to harassing his ex-wife Kim Kardashian and her ex-boyfriend Pete Davidson on social media, to creating and wearing White Lives Matter t-shirts, the artist’s latest antics have caused companies to cut ties with him following after making antisemitic comments.

Here are the following companies that have cut ties with Ye:

On Tuesday, Adidas announced it has terminated its partnership with Ye effective immediately.

The company released the following statement:

"adidas does not tolerate antisemitism and any other sort of hate speech. Ye’s recent comments and actions have been unacceptable, hateful and dangerous, and they violate the company’s values of diversity and inclusion, mutual respect and fairness.

After a thorough review, the company has taken the decision to terminate the partnership with Ye immediately, end production of Yeezy branded products and stop all payments to Ye and his companies. adidas will stop the adidas Yeezy business with immediate effect.

This is expected to have a short-term negative impact of up to €250 million on the company’s net income in 2022 given the high seasonality of the fourth quarter.

adidas is the sole owner of all design rights to existing products as well as previous and new colorways under the partnership. More information will be given as part of the company’s upcoming Q3 earnings announcement on November 9, 2022."

With the loss of the Adidas deal, Forbes reported Ye has lost his billionaire status and is now worth $400 million.

The gigantic entertainment, sports, and media agency confirmed with FOX 11 that they are no longer representing the rapper.

Last week, a report said the Balenciaga fashion house has cut ties with the rapper.

"Balenciaga has no longer any relationship nor any plans for future projects related to this artist," parent company Kering told Women’s Wear Daily in response to a query Friday without elaborating.

Earlier this month, JPMorgan Chase cut ties with Ye and his Yeezy brand. However, the business relationship was planned weeks before Kanye made offensive comments on multiple platforms.

High-profile attorney Camille Vasquez is a partner for Brown Rudnick. She is the lawyer who represented Johnny Depp during his defamation trial against Amber Heard and has reportedly dropped Kanye West as a client.

Ye is arguably known equally for his music and his sense of fashion and now, the fashion powerhouse said it has no plans to work with him in the future.

Vogue and Anna Wintour made it clear they disapprove of Kanye’s White Lives Matter t-shirts, as well as his antisemitic rant.

Models Gigi Hadid and Hailey Bieber are just some of the celebrities who came to Karefa-Johnson's defense.

Gap and Kanye West ended their partnership before the scandal erupted.  The rapper terminated the two-year partnership, initially set to last for ten years, due to "substantial noncompliance."

Production company MRC announced it is shelving an already completed documentary about West.

In their lengthy memo, Wiczyk, Satchu and Tenley reach deep into the history of antisemitism.

"Kanye is a producer and sampler of music. Last week he sampled and remixed a classic tune that has charted for over 3000 years — the lie that Jews are evil and conspire to control the world for their own gain. This song was performed acapella in the time of the Pharaohs, Babylon and Rome, went acoustic with The Spanish Inquisition and Russia’s Pale of Settlement, and Hitler took the song electric. Kanye has now helped mainstream it in the modern era," they wrote.