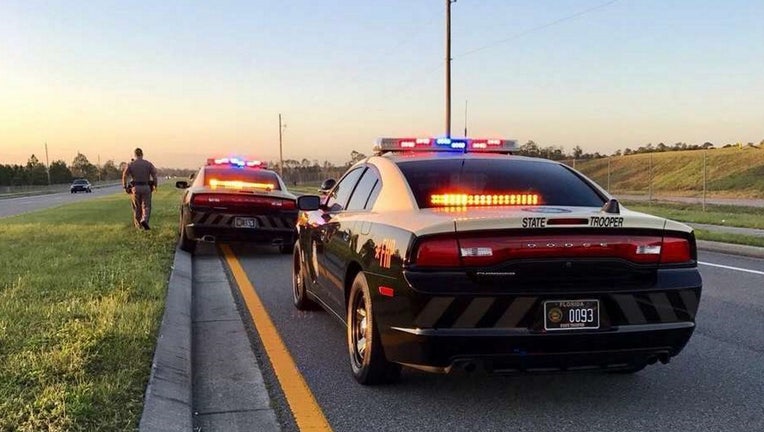 FORT LAUDERDALE, Fla. - A driver who crashed her car while swerving to avoid a couch falling from a truck on Interstate 95 may get a reprieve from the Florida Highway Patrol.

Lt. Yanko Reyes told the South Florida Sun-Sentinel that the agency will recommend dismissing the $166 traffic citation that a trooper issued to the driver on Feb. 20.

"FHP is working with the courts to have the citation dismissed after supervisors conducted a meeting in reference to this incident and a decision was made that the citation had been issued in error," Reyes told the newspaper. "Thus, recommendation of dismissal seems reasonable."

The couple was driving north on I-95, heading home to Washington following a visit with relatives in Boca Raton, when the couch fell from the truck, Jake Singer told the newspaper. His girlfriend, who didn't want to be identified, lost control of the car when she swerved to avoid the tumbling sofa. Their 2006 Toyota Corolla hit the median and rolled over.

The car was totaled and the couple was sent to the hospital in ambulances. Trooper Eric Flint issued the ticket to Singer's girlfriend at the hospital where they were being treated.

"He gave us a ticket for basically swerving lanes while trying to avoid a couch that was flying at us on the highway," Singer recalled.

Reyes had initially defended the ticket.

"You have to look at the totality of the circumstances," she said last week. "Remember, in Florida it is recommended to have at least a two-vehicle length between your vehicle and the vehicles in front of you because that way you have enough time to react in case something like this happens, in case somebody brakes, in case debris falls on the roadway, you’re able to avoid any and all difficulties."