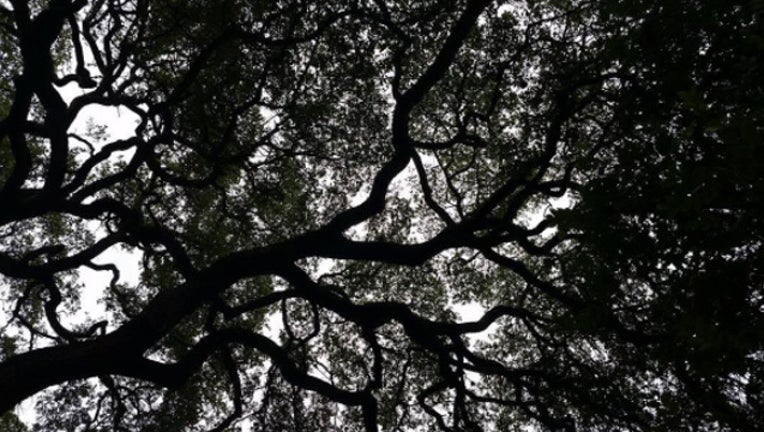 AUSTIN, Texas (AP) - Greg Abbott insists he doesn't hate trees. But Texas' Republican governor and many conservatives in its Legislature do hate what they see as government infringing on property owners' rights, and have launched an unprecedented effort to cut down tree protection regulations sprouting across America's second-largest state.

In recent years, cities nationwide have gotten more vigilant about safeguarding their fauna, hiring professional arborists and toughening rules about how trees should be cared for. Fifty-plus Texas cities have adopted tree ordinances, including Austin, which prohibits cutting down most "heritage" trees, or 10 special species whose thick trunks indicate old age.

For Abbott, the issue became personal. In 2011, before he was elected governor, Abbott tore down his Austin home and built a new one with a pool. He was allowed to do so as long as he didn't damage the root systems of two large pecan trees. Later, the city arborist wrote that "unpermitted impacts have occurred within the critical root zone" and ordered Abbott to plant thick new trees as a result.

"That is insanity," Abbott said, recalling the incident during a recent radio interview. "It's socialistic." His spokesman, John Wittman, declined further comment.

The city says it rejects a very small percentage of the applications it requires for tree removal.

Still, in this year's legislative session, Abbott and likeminded lawmakers pushed an assortment of measures to knock down, or at least severely prune, ordinances. One passed, letting landowners plant new trees to offset municipal fines for chopping down old ones - but Abbott vetoed it for not going far enough.

He then summoned lawmakers into a special session and demanded that they finish the job. The proposals have been cheered by homebuilders and developers, while municipal organizations and conservationists have united against them.

Dallas Republican Sen. Don Huffines complained that tree inspectors and other officials have become so numerous that they've "turned into a cottage industry." The state Senate approved a bill virtually wiping out all tree ordinances statewide. The House passed a softer version, similar to the one that the governor vetoed.

On Friday, the Senate narrowly voted to advance a modified version of the House's bill, over some conservatives' objections that it was too lenient. Both chambers will have to hammer out a compromise before the special session ends next week.

"I've had enough of the cities telling people what they can and can't do with their daily lives," Republican state Rep. Larry Phillips from Sherman, north of Dallas, said during recent floor debate on the House version. "So, if a tree accidentally falls, like we've had trees fall, are we going to get in trouble because nature blew the tree down?"

Priscilla Files, executive director and senior arborist for the Galveston Island Tree Conservancy, said it's not that simple. She said trees are treasured in her city on the Gulf of Mexico, where damaging storms roll in off the water, and that officials use ordinances to protect even younger live oaks, magnolias, sycamores and others.

"If you want to meet your neighbors in a bad way, fire up a chain saw," said Files, who recalled 2008's Hurricane Ike, which destroyed about 50 percent of canopy cover on Galveston Island. "Everybody comes out immediately and goes, 'What are you doing?'"

State vs. city conflicts have become more common in conservative states where local governments are more liberal. Republican-led legislatures have targeted city ordinances on everything from raising the minimum wage to banning plastic bags. But tossing local tree ordinances into the proverbial wood chipper is unique to Texas - at least so far.

"There are so many problems in this state," Charlie Bonner, from the Texas League of Conservation Voters, said of Abbott. "He really plucked this out of thin air for a lot of people."