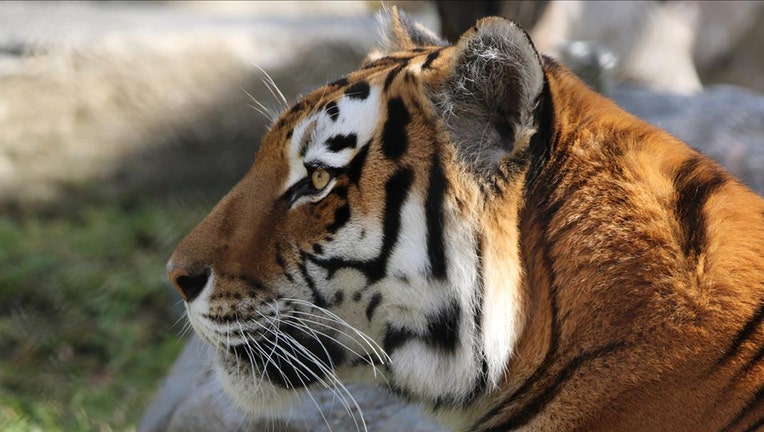 TORONTO - The news that a tiger tested positive for COVID-19 at the Bronx Zoo in New York dropped like a bomb at the Toronto Zoo.

Staff traded messages after news broke Sunday night. By Monday morning, new precautions — including wearing masks, gloves and coveralls — had been put in place to protect the facility's four tigers and its other big cats that include lions, cheetahs, clouded leopards, snow leopards and jaguars.

"It was disturbing," said Andrew Lentini, the senior director of wildlife at the zoo, when he learned about the novel coronavirus infecting a tiger.

"It wasn't on my radar at all. We didn't realize any cat species would be susceptible."

No one who works at the Toronto Zoo has tested positive for the disease and no animals are exhibiting any symptoms of COVID-19, Lentini said.

The Bronx Zoo's four-year-old Malayan tiger, Nadia — and six other tigers and lions that have also fallen ill — are believed to have been infected by a zoo employee who wasn't yet showing symptoms. The first animal started showing symptoms March 27 and all are doing well and expected to recover, said the zoo, which has been closed to the public since March 16 amid the surging coronavirus outbreak in New York.

Lentini said the Toronto Zoo has for years taken precautions against infecting its great apes — western lowland gorillas and Sumatran orangutans — from illnesses such as the flu and the common cold, which comes from another coronavirus.

Staff have doubled down on those procedures in recent months after the new coronavirus made its way out of China, Lentine said. Anyone entering the zoo is now required to undergo a screening procedure and any contractors who will come near the great apes or big cats will have to gear up with protective equipment.

The same precautions are in place for the zoo's collection of ferrets, which are also susceptible to coronaviruses.

Canada's Accredited Zoos and Aquariums, which represents 30 institutions across the country, said there is no known case of COVID-19 in any of its animals or those who work at the facilities.

"When we heard Sunday about the tiger at the Bronx Zoo, we immediately reached out to all our members and advised them to take precautions with their big cats, if they hadn't done so already," said executive director Jim Facette.

Scott Weese, a professor at the University of Guelph's Ontario Veterinary College, said the tiger's COVID-19 infection was not entirely surprising.

Cats, great apes and ferrets have all proven capable of contracting the coronavirus that causes SARS, which is similar to the virus that causes COVID-19, he said. It can also be transmitted from cat to cat.

Early experiments have shown cats and ferrets could be infected with the virus that causes COVID-19, said Weese, and they can transmit that virus to other cats and ferrets.

He said a cat tested positive for COVID-19 in Hong Kong, but didn't get sick, while one infected with the virus in Belgium did.

"The tigers in some ways is really surprising, because we don't have a lot of close contact with them. But they're still a cat," Weese said. "So to see a zoo animal become infected, they're one of the prime suspects."

He said there are no studies yet on whether cats can infect humans with the new coronavirus.

"If my cat has COVID, he got it from me or my family," Weese said.

The COVID-19 pandemic has decimated zoos and aquariums across the country, according to Facette, leading to layoffs at CAZA institutions across Canada.

"Business dried up, literally, overnight," he said. "The industry has been hit really hard."

The Toronto Zoo closed its doors to the public on March 14. The city-owned zoo is losing $500,000 per week, the city said last week. On Friday, it announced it was temporarily laying off 118 non-permanent employees who generally work with visitors.

About 80 per cent of the zoo's revenue comes from public visits, with the city subsidizing the remainder, said spokeswoman Jennifer Tracey.

With files from The Associated Press. This report by The Canadian Press was first published April 7, 2020.