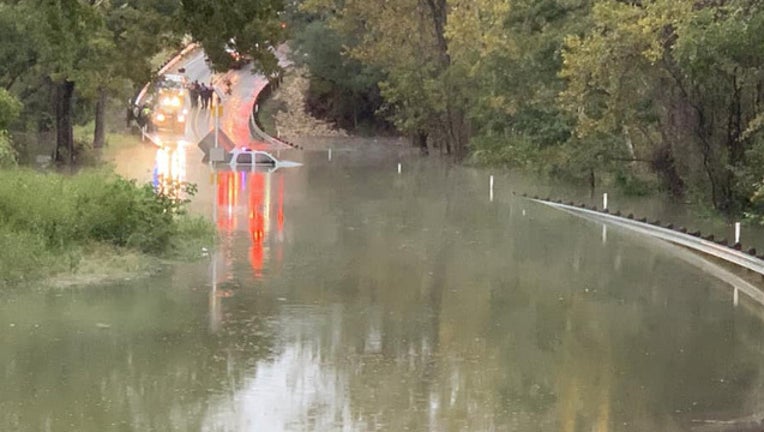 The Travis County Sheriff's Office says one of its deputies had to be rescued from a flooded low water crossing in far west Travis County.

TCSO's public information officer says that the deputy was called to check on a low water crossing barrier that had been moved.

A call was then received that the deputy was in the water. The deputy was able to climb to the top of his patrol vehicle.

The deputy was rescued and was not hurt.