AUSTIN, Texas - NFL and Dallas Cowboys legendary quarterback Troy Aikman is getting into the beer business. Aikman is launching a new Austin-based beer company, EIGHT, and it will soon be available to purchase in Texas.

"EIGHT is for the drinker who consistently puts in the hard work. These folks, myself included, are conscious of what we put in our bodies, and options for a light, refreshing beer that’s brewed with organic ingredients are virtually non-existent," said Aikman in a news release. "Taking the time to reflect and celebrate is critical when you're constantly pushing yourself in pursuit of your goals. I hope EIGHT helps people connect with others after a day of doing things right."

The company says EIGHT's Elite Light Lager features organic grains, antioxidant-rich Hallertau Taurus hops, no adjuncts or cheap fillers, and no sugars. It has just 90 calories and 2.6 grams of carbohydrates. 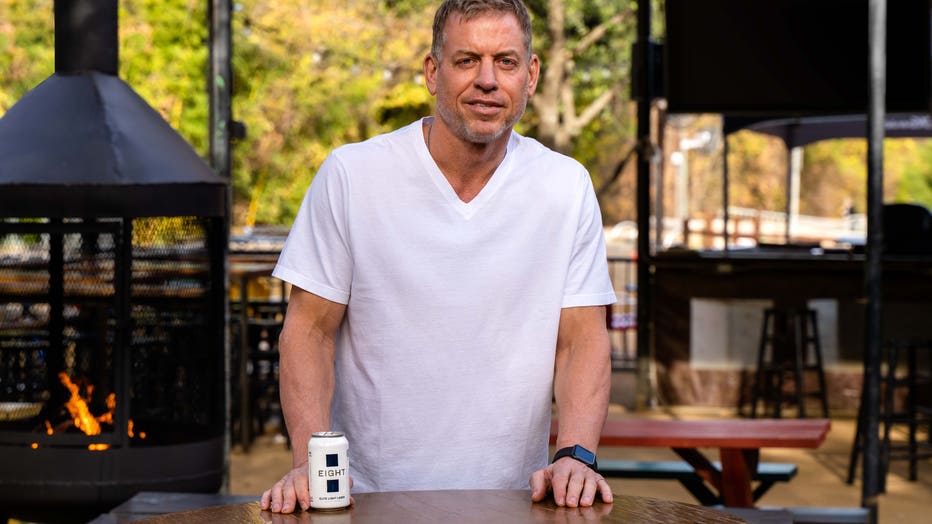 The beer was developed after two years of research and trial, including a partnership with Oregon State University’s distinguished Food Science and Technology Department. Tom Shellhammer and Jeff Clawson led R&D efforts at Oregon State, aided by award-winning brewmaster Phil Leinhart, a beer veteran whose resume spans the brewing spectrum, including Anheuser-Busch,

"Our team at Oregon State strives to be at the cutting edge of food science research, with a particular emphasis on using better ingredients to positively impact the quality of beer. The formulation of EIGHT required a lot of time, trial and error, and hard work, but we are tremendously proud of the end result," said Shellhammer.

EIGHT launches on draft in bars, restaurants, and other on-premise accounts in Texas in February. EIGHT cans will arrive in retail locations across the state beginning in March, in 6-packs, 12-packs and 19.2oz single-serve cans.