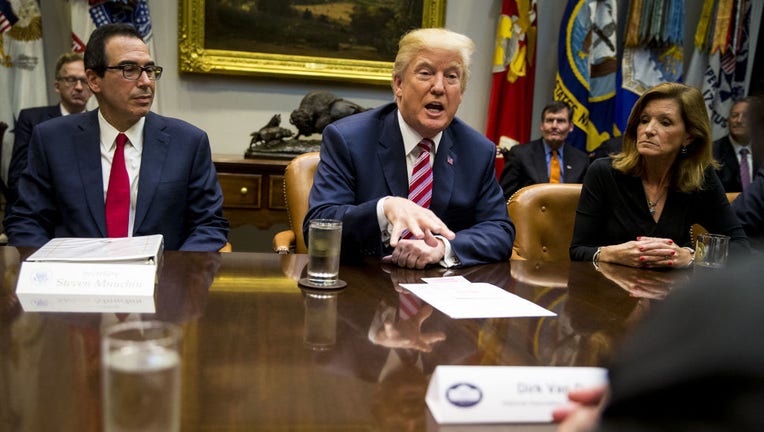 WASHINGTON - The Trump administration is facing allegations of illegally approving a COVID loan worth $700 million to a trucking company which violates the CARES Act, an economic assistance and health care services program for individuals, families, and businesses impacted by COVID-19.

The Select Subcommittee on the Coronavirus Crisis released a report Wednesday alleging that the administration illegally awarded the loan to Yellow Corporation, a trucking company.

According to the report, the Trump administration agreed to allow Yellow Corporation to use $400 million of its $700 million loan for long-term investments, a violation of the CARES Act that requires businesses to use the money for lost revenue due to the pandemic.

The Select Subcommittee's new report follows an investigation launched by the agency into Yellow Corporation's eligibility for the CARES Act loan in June 2020.

Yellow Corporation executives reportedly wanted to use the loan money for long-term capital investments. According to the report, Yellow's chief financial officer wrote to a creditor that they had their "hand in the cookie jar" and would attempt to get "catch up capital expenditures."

According to the report, White House Chief of Staff Mark Meadow planned to contact Treasury Secretary Steve Mnuchin about the organization's application in May 2020. White House officials reportedly held routine talks with Yellow Corporation regarding their loan application.

Once Yellow Corporation received the loan, a union leader with the company thanked Trump for the loan months before the 2020 presidential election.

Clyburn added: "Political appointees risked hundreds of millions of dollars in public funds against the recommendations of career DOD officials and in clear disregard of provisions of the CARES Act intended to protect national security and American taxpayers. The Select Subcommittee is committed to accountability for government officials and other unscrupulous actors who sought to use a public health crisis as an opportunity for political gain and personal profit."

The committee report against the Trump administration comes two days after a judge found Trump in contempt of court and fined him $10,000 a day for a dispute over a subpoena issued by New York Attorney General Letitia James.

FOX10 Phoenix contributed to this story. This story was reported from Washington, D.C.