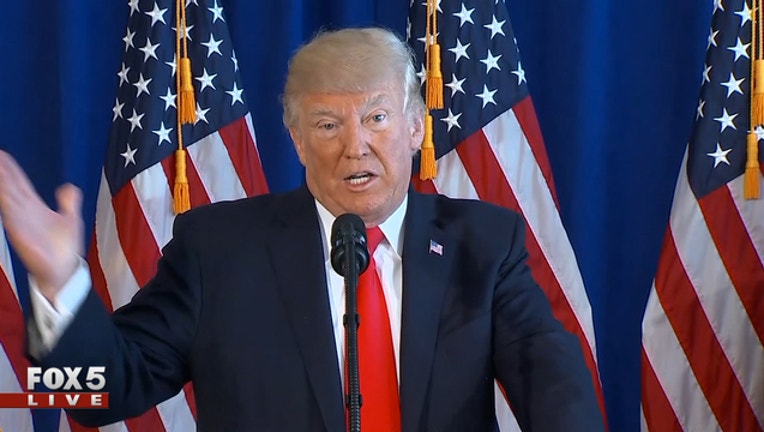 BEDMINISTER, N.J. (AP) - President Donald Trump is condemning "in the strongest possible terms" what he's calling an "egregious display of hatred, bigotry, and violence on many sides" after clashes at a white nationalist rally in Charlottesville, Virginia.

Trump is calling for "a swift restoration of law and order and the protection of innocent lives."

The president made his comments at a bill signing ceremony at his golf club in New Jersey where he's on a working vacation.

Trump says he's spoken with the governor of Virginia, Terry McAuliffe, and "we agreed that the hate and the division must stop and must stop right now."

He says "we have to come together as Americans with love for our nation and ... true affection for each other."

Trump tweeted earlier that "we ALL must be united & condemn all that hate stands for." He also says "there is no place for this kind of violence in America. Lets come together as one!"

The White House was silent for hours except for a tweet from first lady Melania Trump -- "Our country encourages freedom of speech, but let's communicate w/o hate in our hearts."