After three decades of increases, twin birth rate is on the decline

Twin births steadily increased each year beginning in 1980 and surged a total of 79 percent by 2014. For the past four years, the twin birth rate has been declining, but health officials say that's a good thing.

NEW YORK - After more than three decades of consistent increases, the number of American families welcoming twins is decreasing, and the twin birth rate in the U.S. is now at the lowest point in a decade, the Centers for Disease Control and Prevention reported Thursday.

Twin births steadily increased each year beginning in 1980, and that pattern of growth persisted for three decades. The twin birth rate in the U.S. surged 79 percent between 1980 and 2014, driven largely by older white moms undergoing fertility treatments.

The rate of twin births peaked in 2014 and has since fallen by four percent. Last year, the rate hit its lowest point in a decade — 32.6 twins per 1,000 total births.

The drop is modest, but health officials say it is good news. Pregnancy with more than one raises the risks of complications and death for both the mother and her fetuses. Complications include premature labor and birth, gestational hypertension, anemia and miscarriage, to name a few.

“In the media, there are often stories about very cute twins and talking about how great to have two babies at the same time,” said the CDC’s Dr. Dmitry Kissin. But “these stories don’t focus on the risk.”

The CDC did not release figures on triplets or other multiple births, but said data suggests it’s trending the same way. 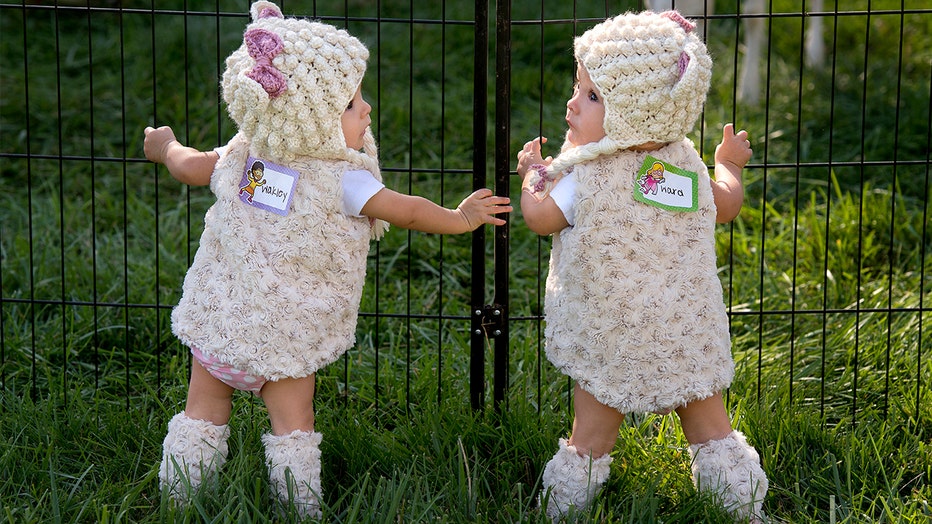 The twin birth rate in the United States is declining after nearly three decades of steady increases, according to a report from the Centers for Disease Control. (Keith Myers/Kansas City Star/Tribune News Service via Getty Images)

Experts can’t say for sure, but Joyce Martin, the report’s lead author, noted the decrease occurred only in white women and in women 30 or older and suggests the declines may have a lot to do with these demographics’ increased likelihood to undergo in vitro fertilization.

As medical technology has advanced in recent years, there’s been a shift in how in vitro fertilization is done, which likely played into the 7 percent decline in the twin birth rate among white mothers from 2014 to 2018.

Negligible changes were noted in the twin birth rates among non-Hispanic black and Hispanic mothers over the same period of time.

In vitro fertilization involves surgically removing eggs from a woman’s ovaries, combining them with sperm in the laboratory, and transferring the days-old embryo to the woman’s uterus. More than a decade ago, it was standard to implant two or more embryos to improve the chances of success, but that also greatly increased the odds of more than one baby.

Since then, there have been advances in growing embryos longer in the lab and testing them for genetic problems. That’s allowed doctors to select the best single embryo to use, said Dr. Aaron Styer, an infertility treatment specialist in Chestnut Hill, Massachusetts.

The success rate for one embryo rose from about 20 percent in the 1980s to around 50 percent today, he said. Meanwhile, insurers and medical organizations increasingly have been pushing doctors to transfer single embryos more often.Patients have bought into it. They understand that’s the ideal pregnancy, Styer said. Today, about two-thirds of IVF procedures use one embryo, according to the CDC’s Kissin.