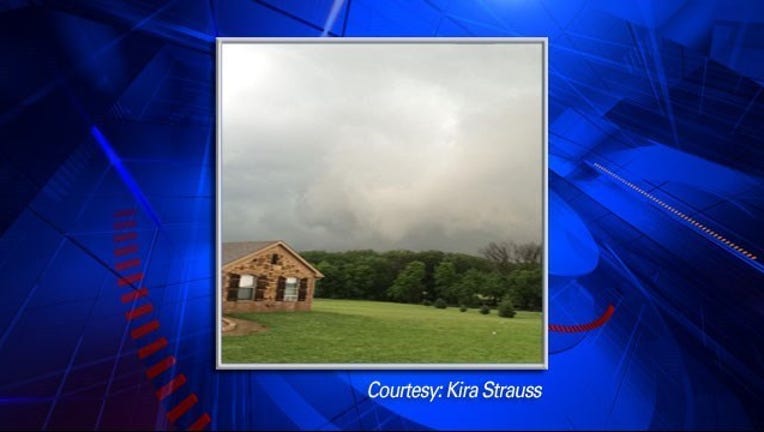 As daylight faded Thursday, storm spotters spent the evening tracking tornadoes across several counties north and northwest of Dallas and Fort Worth. Several barns were reported damaged and tree limbs and power lines were downed.

One tornado was reported in New Fairview, a small community 27 miles north of Fort Worth. Wise County sheriff's dispatcher Jeff Doughty said several mobile homes were damaged in the community and one minor injury was reported.