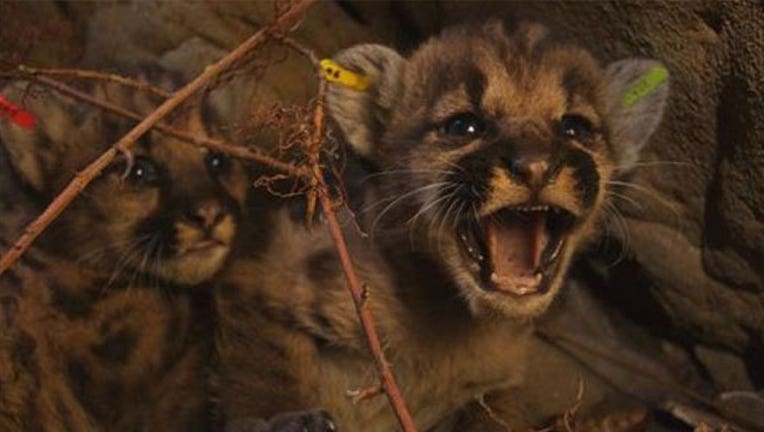 The Park Service said Wednesday the five kittens — three females and two males — were tagged and returned to their dens.

The service studies how mountain lions survive in fragmented and urbanized habitat around Los Angeles.

Biologist Jeff Sikich says lions appear to be reproducing successfully. But he says the real challenge is when the kittens grow older, disperse and have to deal with threats from other mountain lions, busy roads and poisons.

One litter includes two females, offspring of a mother dubbed P-35. The others are two males and a female born to mother P-39. Both litters likely have the same father, P-38.