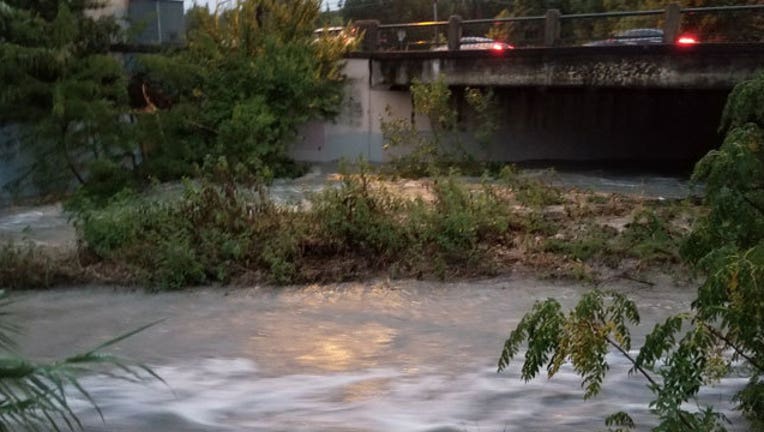 Two people are safe after being rescued from rushing water in Shoal Creek. The two say they were sleeping underneath a bridge when the water started rising very quickly.

The two women say they were sleeping underneath the bridge by House Park when the water started rising around 6 a.m. They tried to get away but the only ways out where already flooded so they made their way to the middle of the creek where there’s a platform of debris.

Fortunately one of the women had a cell phone and was able to call 9-1-1. When Austin Fire Department firefighters arrived they dropped a ladder from the bridge and rescued the two women.

The two women say there was a third person sleeping underneath the bridge last night but when they were woken up by the water that person was no longer there.