The two victims were taken by helicopter to Dell Seton in Austin.

ELLINGER, Texas - Shattered: that’s just one way you can describe what’s left of a house in the town of Ellinger. Mike and Mazie Hess were inside - when their home blew apart shortly before 7 o’clock Tuesday morning. Joe Lamer and his next-door neighbor,  moments after the blast, ran into the fire and the debris.

“I didn’t expect, actually to find anybody to be honest with you,” said Lamer.

Mrs. Hess was pulled from the front of the house. Mr. Hess was still trapped .

“The odd part about it I guess was I kept thinking where is the water hose, of all things you should think about, in those situations but, after I heard him hollering, I wasn’t thinking of nothing else but getting him out of there,” said Lamer. 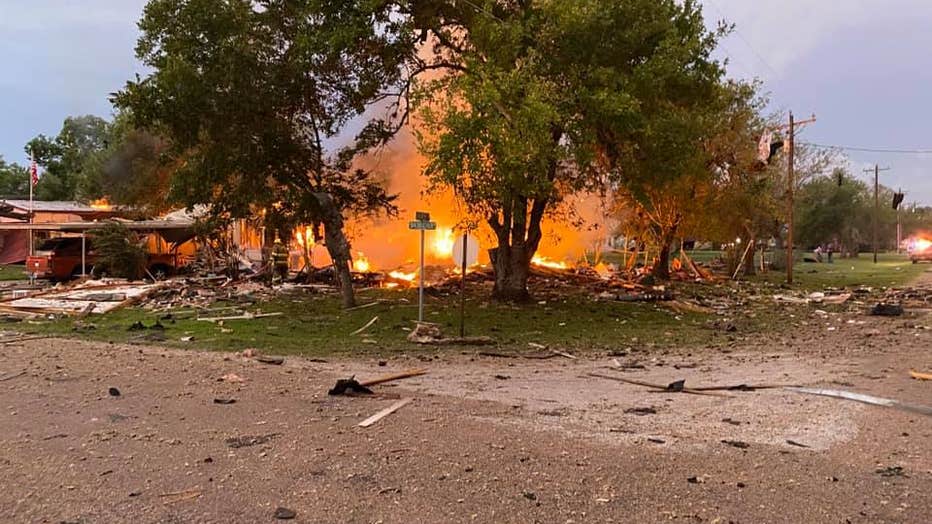 “They are heroes and the fire department got here and assisted them, they did it without hesitation and that’s a good thing and that’s what neighbors are for,” said Chief Deputy Randy Noviskie with the FayetteCo Sheriff’s Office.

Special dogs were brought in to search the area for any signs of accelerant or explosive devices. With nothing suspicious found, investigators suspect a gas leak inside the house may have caused the explosion.

“It was a terrible blast I live six or 7 miles away and I felt it at  my residence this morning when it happened,” said Chief Deputy  Noviskie

Images sent to FOX 7 show firefighters at the scene as flames burn through what was left of the house. Debris was thrown into treetops and was scattered more than a block away. Residents tell fox7 they felt the explosion before they saw, or even heard, it.  At a house that backs up to the Hess’ house,  windows were shattered.  The glass wasn’t blown in, it was blown out because of the pressure; similar to a tornado.

His garage door not only buckled from the concussion, but the blast also tore the stone masonry from the side of the house.  Zapalac’s wife, Jennifer Rollins,  was inside making breakfast at the time.

“It sounded like a bomb or something explosion was just loud and I dropped everything and I ran into her room ( daughter Bailee) to see what was going on and I just grabbed her I didn’t know was going on I was scared,” said Jennifer.

Bailee Coufal told FOX 7 she had just rolled over in her bed when the explosion shook her house. “And I looked outside my window and I saw the house was in flames there was no house left and I started crying I was like how do you survive that,” said Bailee.

Hot spots continued to smolder until arson teams cleared the scene. “My attention was over there ... look. We still have a home. There’s nothing. Our home may be damaged. So I just hope they are fine,” said Chase. 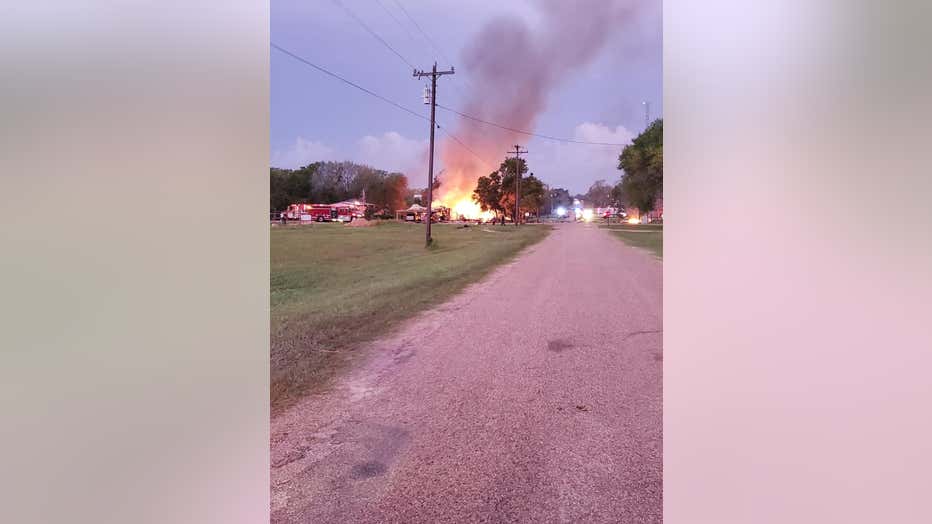 The Hess’ were airlifted to Austin for treatment of their injuries which includes severe burns.

Both, according to the post, will be in surgery once again Wednesday. 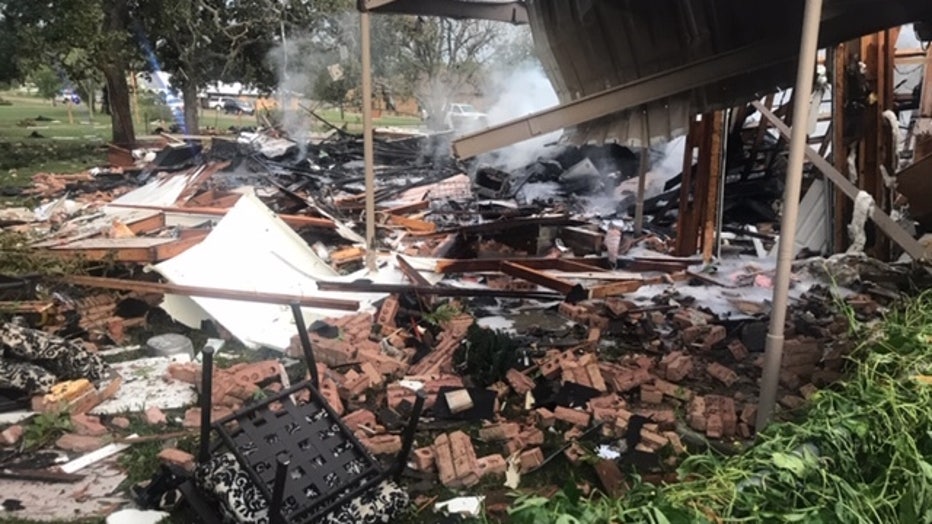