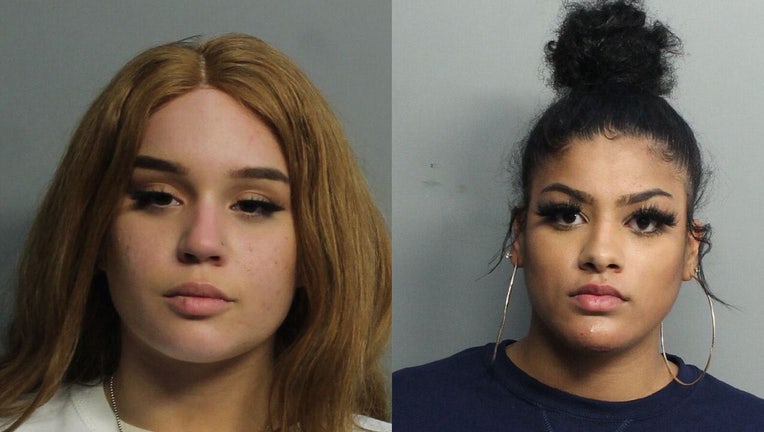 MIAMI - Two women are accused of drugging a tourist in Miami Beach and robbing him of his $10,000 watch and going on a shopping spree with his credit cards.

Elizabeth Labbe, 19, and Kimberly Lebron-Martinez, 20,  met the tourist from Texas and stayed at a bar until last call before grabbing alcohol from a gas station and headed to a park, WPLG reported, citing police.

The tourist told police Lebron-Martinez handed him a cup filled with a beverage which he drank, and said he immediately felt as if he had been drugged and lost consciousness, according to NBC 6.

When he woke up his pricey Omega Seamaster watch, his iPhone, a $4,000 gold chain, $3,000 in cash, and his debit and credit cards were all gone.

Over the next 16 hours, the women allegedly added $15,000 in charges to the victim’s bank cards.

Police later found the two women, allegedly wearing the same clothes they had on in the bar.

Lebron-Martinez allegedly admitted to putting a mixture of crushed Xanax and water into the man's drink.