AUSTIN, Texas - The collapse is easy to spot where a large section of concrete has pulled away from a tollway bridge south of Austin.

The problem was first reported by FOX 7 Tuesday night and by Wednesday morning, residents were talking about the problem under the massive flyover near Mustang Ridge and connects SH 130, SH 45 and US 183.

"I already predicted about 10 years ago that that was going to happen," said Barbara Dunmore.

The failure was expected, Dunmore explained, because the ground around Mustang Ridge and Creedmoor is notorious for flooding and for creating construction problems.

"The only thing that I can say is I’m glad that somebody seen it before a tragedy because that’s a tragedy waiting to happen," said Dunmore.

Concerns about damage to SH 45 bridge near 183 Frontage Road

The collapse of the concrete skirt has exposed several bridge pillars. TxDOT officials Wednesday clarified that they were notified about the washout about three months ago and a safety assessment has already taken place according to agency spokesperson Brad Wheelis.

"We have checked it out, crews are still assessing there, we have determined it has not affected the integrity of the structure," said Wheelis.

Questions about structural integrity were addressed because the raised pillars go down to bedrock. The pillars, according to Wheelis are not damaged. "It has not been compromised, this area concrete is used to keep soil in place," he said. 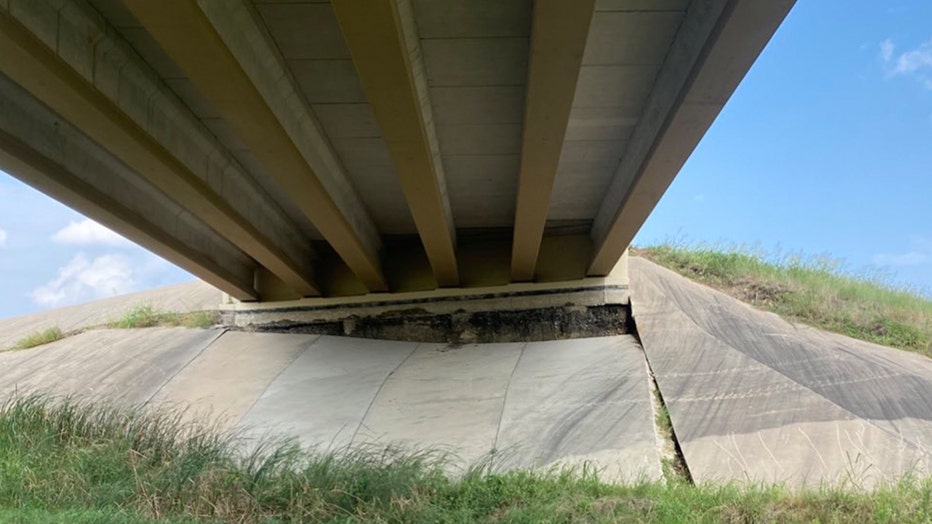 TXDOT’s media relations office was not aware of the problem when first contacted by FOX7. The bridge division, Wheelis clarified, had known about it for a couple of months. There apparently was no need to shut down the bridge or to make a quick fix.

"So they want to get in there and do some investigating and find out exactly what caused this and what the best fix would be," said Wheelis.

The failure may be a simple case of a little bit of water causing a lot of damage. Phil Alvarado, a plumber who frequently travels the highway, was surprised by the failure. "Oh definitely yes poor planning I think," he said. 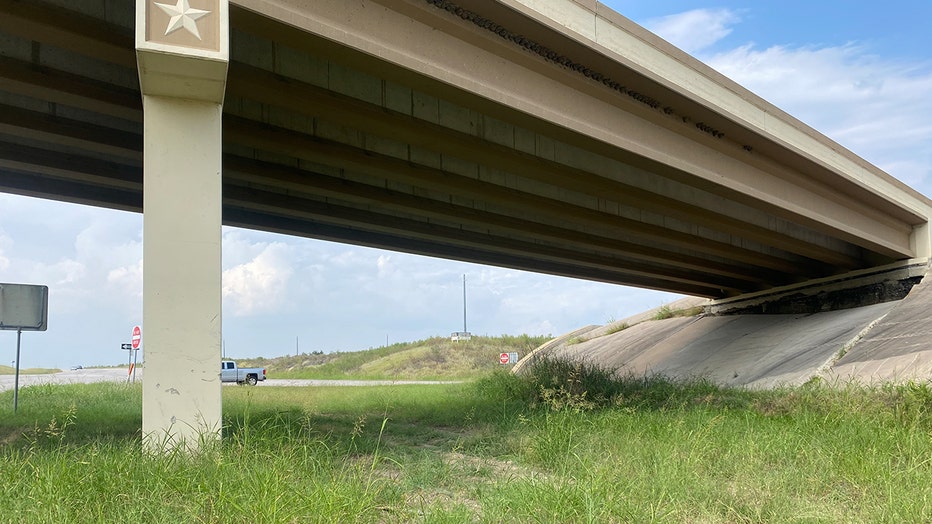 The collapse has shaken his confidence in the tollway and Alvarado doesn’t think the taxpayer be stuck with the bill.

It remains unclear if TxDOT will be able to recoup repair costs from the original contractor. Correcting the problem will most likely look like what was done to another bridge a few feet away that also had an erosion problem about a year ago. Addressing that involved building a new retaining wall that diverts rain water away from the structure.

TxDOT also had to make a similar repair a few miles away about five years ago along the tollway. The agency says it will continue to monitor locations that have a similar design.