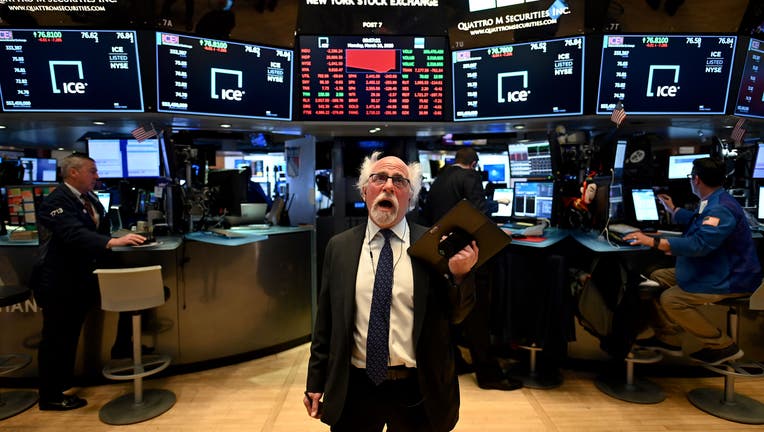 LOS ANGELES - The U.S. economy is in a recession expected to last through September, according to a revised forecast released Monday by UCLA that reflects rapid changes brought on by the coronavirus.

The university took the extraordinary step of revising its quarterly Anderson Forecast that was just released Thursday -- the first time in 68 years it has issued an update between regularly scheduled quarterly releases.

The first-quarter 2020 GDP growth forecast has been reduced to 0.4% given the escalating impacts of the pandemic, despite a strong start to the year. The forecast predicts a resumption of normal activity in the fourth quarter, with GDP growth of 4%. The full year expectation is for a 0.4% decline, with a full recovery to trend by 2022.

"What makes COVID-19 different from the prior epidemics SARS (2002-3), MERS (2012), Ebola (1976) and especially H1N1 -- the 'swine flu' of 2009-10, which killed 12,500 Americans alone -- is that although maybe fatal, it is potentially far more contagious," senior economist David Shulman wrote in the original forecast. "It is the contagious nature of COVID-19 that triggered the economic shutdowns that have become so disruptive to the global economy. Remember, China is far more integrated into the global economy than it was during the SARS epidemic."

Shulman had predicted that the virus would work as both a supply and demand shock to the economy even before the World Health Organization declared the outbreak to be a pandemic.

The UCLA researchers -- who had earlier forecast a slowdown short of a full-blown recession -- made the downward revision after reviewing the 1957- 58 H2N2 influenza pandemic.

For California, given its larger reliance on tourism and trans-Pacific transportation, the downturn is expected to be more severe, according to the forecast. Employment is expected to contract by 0.7% overall this year, with unemployment rising to 6.3% by the end of this year and increasing into 2021.

California is expected to lose over 280,000 payroll jobs with more than one-third of those losses in the leisure, hospitality, transportation and warehousing industries.

The latest assumptions rely on an end to the pandemic and repaired supply chains by this summer. If the pandemic is much worse than assumed, UCLA says the forecast will be too optimistic. If the pandemic abates quickly due to the extraordinary measures being put into place -- an outcome that the medical community thinks unlikely, but possible -- then the forecast is too pessimistic and economic growth in the third and fourth quarters of the year will be higher.