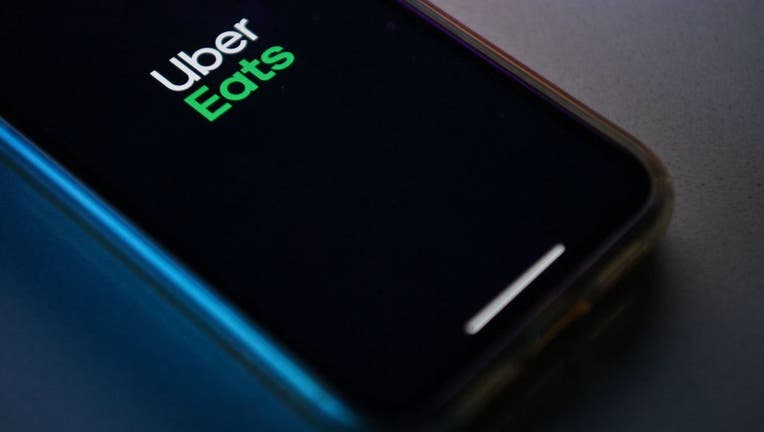 A photograph arranged as an illustration in Brenchley, south-east England on August 18, 2020 shows the Uber Eats app on a smart phone. (Photo by Ben Stansall/AFP via Getty Images)

The companies say it's the first time cannabis delivery will be offered on a major third-party delivery platform.

Customers 19 years and older can place the order through the Uber Eats app, where it will be directed to one of three local cannabis retailers: Hidden Leaf, Minerva or Shivaa's Rose. The delivery will be made by a government-certified employee who will verify the age and sobriety of the customer upon arrival.

In addition to keeping impaired drivers off the roads, Leafly and Uber Eats say the new delivery service will help combat the illegal underground market, which they say makes up more than 50% of nonmedical cannabis sales in Ontario.

Leafly, based in Seattle, is an online cannabis marketplace and information resource.

Uber Eats is part of San Francisco-based ride-hailing company Uber and has partnerships with 825,000 restaurants and merchants in more than 11,000 cities around the world.