Uber is about to get in gear with the first step towards putting self-driving cars on the streets of Dallas and its suburbs.

DALLAS - Uber is about to get in gear with the first step towards putting self-driving cars on the streets of Dallas and its suburbs.

Uber is planning to launch two specially-designed vehicles with drivers at the wheel to study Dallas roads and potential roadblocks.

Uber's Advanced Technologies Group CEO was in Dallas on Tuesday to hold what the company is calling a town hall event. The goal was to sell the community on the idea of sharing the roads with driverless vehicles. They would operate here between Deep Ellum and Downtown, where there areas with a lot of pedestrians and construction. 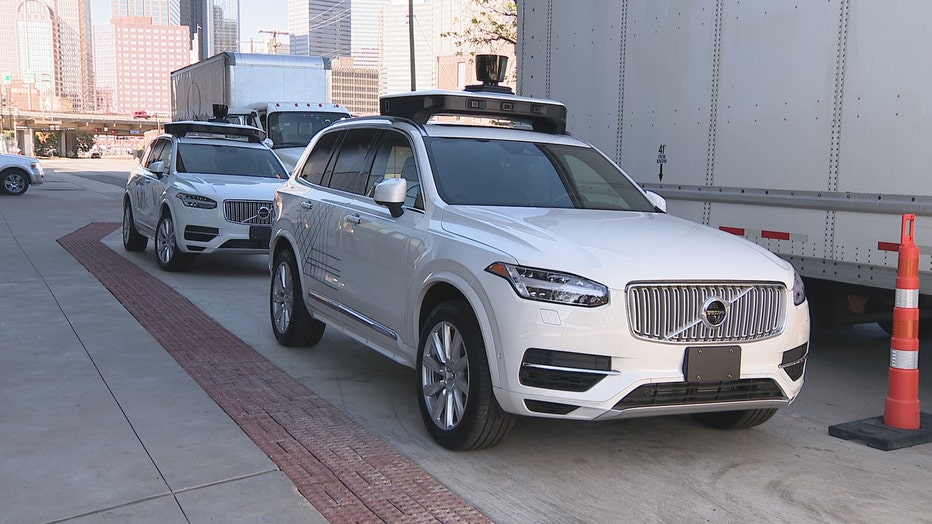 The company is working to regain the public's trust in autonomous vehicles, which went back on the roads in Pittsburgh just nine months after a woman was hit and killed in Tempe, Arizona.

A law passed in the Texas legislature last session allows companies to operate autonomous vehicles in the state without city approval. Still, Uber says it does first want the public's support.

“We would never come into a city and just overnight begin operating vehicles,” Considine said.

Uber says people will start seeing two of its autonomous cars on Dallas streets in November, but they will be in manual mode.

“There will be two Uber employees in each vehicle as they drive around Dallas and suburbs mapping the streets,” Considine explained. “A human will be accelerating, braking and steering the vehicle.”

The cars with what LIDARS on top are capable of driving themselves.

“It's putting out light and sensors. And like a radar, so whatever it sees, taking in and processing and letting the vehicle know what is in front of it,” Considine said.

If Uber does decide to let the cars be driverless in Dallas, they would only operate during the day in dry weather and on roads that go no more than 25 miles per hour.

“What we went through after the tragedy in Tempe was an exhaustive safety process,” Considine said. “We learned a lot and feel comfortable now about moving forward in a safe capacity.”

Uber says it only had the capacity for 200 people at Tuesday's town hall, and it had to turn away 100 people who tried to sign up to come online. The town hall is expected to be the first of many question-answer sessions that Uber plans to hold.