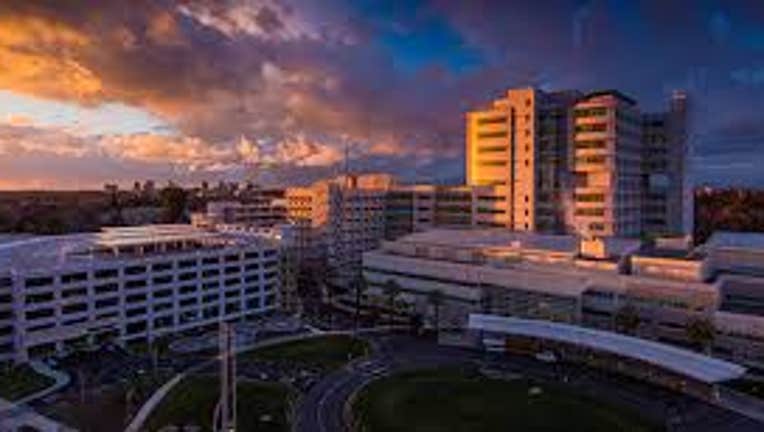 The university said on Thursday that studies are being conducted on the safety and effectiveness of two drugs — the investigational antiviral remdesivir, and sarilumab, a drug that blocks the body’s acute inflammatory response.

“We have a critical need to confirm safe and effective treatments for COVID-19,”  Allison Brashear, dean of the UC Davis School of Medicine, said in a statement. “Although some patients with severe infection have received remdesivir, we do not have solid data to indicate it can improve clinical outcomes for everyone. The nation’s schools of medicine have the expertise and resources to advance knowledge about the infection to help guide the clinical care of patients worldwide.”

At this point, there are no specific therapeutic agents approved by the Food and Drug Administration to treat people with COVID-19. The infection can cause mild to severe respiratory illness, and symptoms can include fever, cough and shortness of breath. Current clinical care of hospitalized patients include supplemental oxygen therapy, antibiotics, influenza antiviral drugs and intensive care as needed.

In the first study, UC Davis is one of approximately 75 sites worldwide evaluating the benefits of remdesivir for severe COVID-19 infection, the university said. Remdesivir is an investigational broad-spectrum antiviral treatment developed by Gilead Sciences Inc. It was previously tested in humans with Ebola virus disease and has shown promise in animal models for treating Middle East respiratory syndrome (MERS) and severe acute respiratory syndrome (SARS), which are caused by other coronaviruses.

UC Davis physicians used remdesivir in February, with emergency approval from the FDA to treat a critically ill patient who was the first known case of community-acquired infection in the United States. The patient has since been discharged and is recovering at home, the university said.

The study will enroll up to 440 patients over the next several months, including about 10 or more at UC Davis. Among other criteria, participants must be 18 years of age or older, have a confirmed SARS-CoV-2 test and poor lung function.

In the second study, UC Davis is one of up to 50 sites in the country looking at another drug, called sarilumab, which is a jointly developed by Regeneron and Sanofi pharmaceutical companies for the treatment of rheumatoid arthritis.

The drug is a human monoclonal antibody that blocks the receptor for interleukin-6 (IL-6), a cytokine that plays an important role in the body’s immune response and in generating fever and acute inflammation, the university said. The study will evaluate whether the drug can control the progression of the inflammatory response in the lungs of patients with severe COVID-19 infection.

Approximately 400 hospitalized patients age 18 and older with acute COVID-19 infection can be enrolled in the study nationwide. People will be grouped according to the severity of their illness and progression of symptoms, from severe to critical to having multi-system organ failure as well as whether cortisone drugs were used to reduce inflammation. The researchers will be determining whether the health of individuals with high IL-6 levels and severe/critical levels of infection improve with the drug.

Both studies are double-blind, meaning trial investigators and participants will not know who is receiving the treatments, the university said. They are designed to identify the early signs of clinical benefit while avoiding the use of ineffective therapies in critically ill patients with COVID-19.