LONDON - A new British reality show poses a shocking ultimatum to its meat-eating contestants: Go vegetarian or kill your pet and eat it.

The social experiment, called “Meat the Family” airing on the United Kingdom’s Channel 4, follows four “meat-loving” families who are asked to share their homes with animals they would normally serve for dinner, including a chicken, lamb, pig and calf.

Adopting it “like a beloved pet,” the families will live with the animal for three weeks — taking it on walks and playing with it — in a bid to understand its intellectual and emotional capacity, according to show distributor Red Arrow Studios International.

“During the experiment, the families travel around their own country and abroad to learn about animal welfare, farming and production, food processing, and the impact eating animals has on the environment and our health,” the show description reads.

At the end of the three weeks, the contestants will be forced to make the decision of either going vegetarian forever and sending the animal to a sanctuary, or remaining meat eaters and killing “their new best friend" to cook and eat it, according to the Guardian. 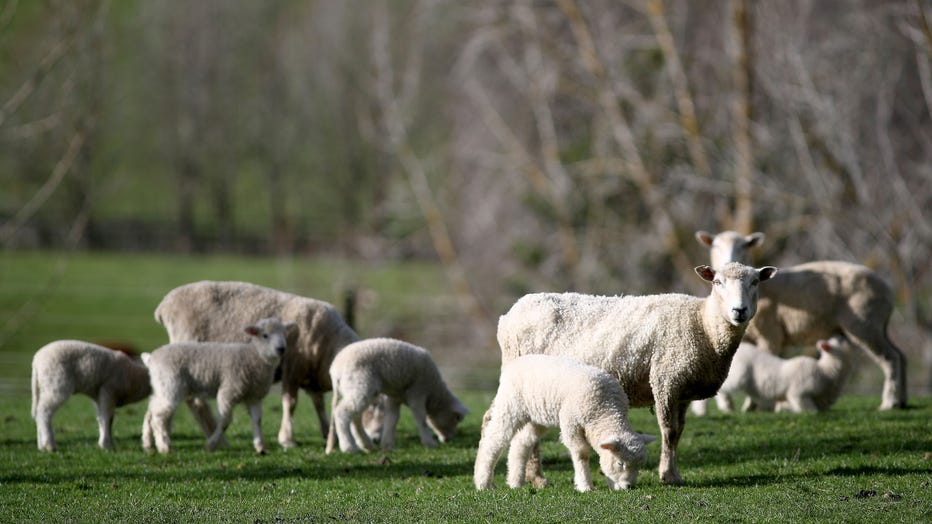 Sheep and their lambs are pictured on a rural farm on July 17, 2019 in Auckland, New Zealand. (Photo by Phil Walter/Getty Images)

“In this series we confront some really timely themes of ethical eating in a unique and entertaining fashion,” said Daniela Neumann, managing director at Spun Gold TV, the production house behind the show. “Why do we find it acceptable to eat a lamb but we wouldn’t eat our pet dog? Could you go back to meat once you’ve put a name and face to a meal?”

A casting call posted online by Spun Gold TV earlier this year said the show was seeking “warm, opinionated families who will share their homes with an animal they would normally eat.”

Analyst Virginia Mouseler called the show “the most transgressive” of the year, according to the Guardian.

“It is not sex or drugs anymore. Meat is becoming the next taboo,” Mouseler told the newspaper.

The series was set to air in 2020, the Guardian reported.