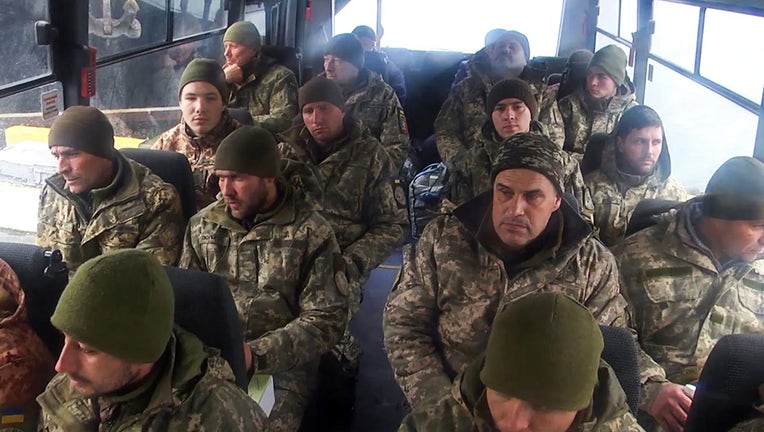 Ukrainian servicemen captured from Zmiinyi Island, or "Snake" Island, were brought to Sevastopol in Crimea, Feb. 26, 2022. Russian media said that the servicemen will be sent back to Ukraine pending certain "legal procedures." (Photo by Russian Defen

The Ukrainian defense forces manning the island earned international praise on Feb. 24 when they responded to a naval vessel demanding their surrender with defiance.

"Russian ship, go f--- yourself!" one of them said over a loudspeaker.

Initially, Ukrainian authorities believed all 13 Snake Island defenders were killed in the ensuing bombardment – and President Volodymyr Zelenskyy said they would all be posthumously honored as national heroes.

But the Ukrainian navy later said it had discovered all of them were captured alive by Russian forces.

Video shared by the Ukrainian navy Monday showed a nighttime rocket barrage, which soldiers described as "holiday fireworks," blasting off from the waterfront city of Odesa before a distant target lights up in flames.

"Units of the Marines of the Naval Forces of the Armed Forces of Ukraine defending the Odessa region hit an enemy ship," a translation of the video’s caption reads. "The enemy retreated again."

In the clip, soldiers can be heard speaking in Ukrainian after the launch.

"Did we get it?" one asks, according to a translation of the video.

"I don’t see it yet," the other replies.

They celebrate a direct hit with some profanity, "We f------ hit them!" before one of them repeats the Snake Island defenders’ famous line, "Russian ship, go f--- yourself." 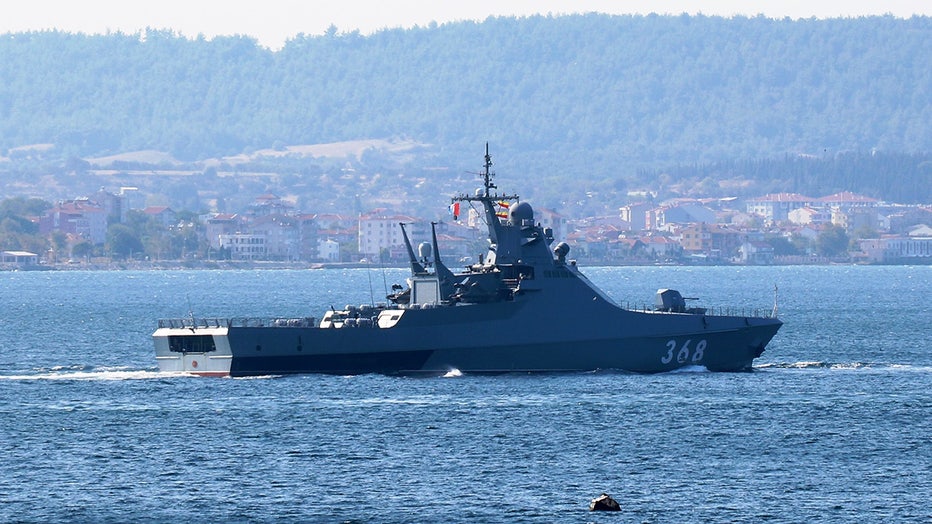 The struck vessel was later identified as the Vasily Bykov, the same one that had demanded the Ukrainian troops to surrender, according to the London-based newspaper The Times.

The extent of the damage could not immediately be independently confirmed.

Snake Island is a small island in the Black Sea southwest of Odesa. 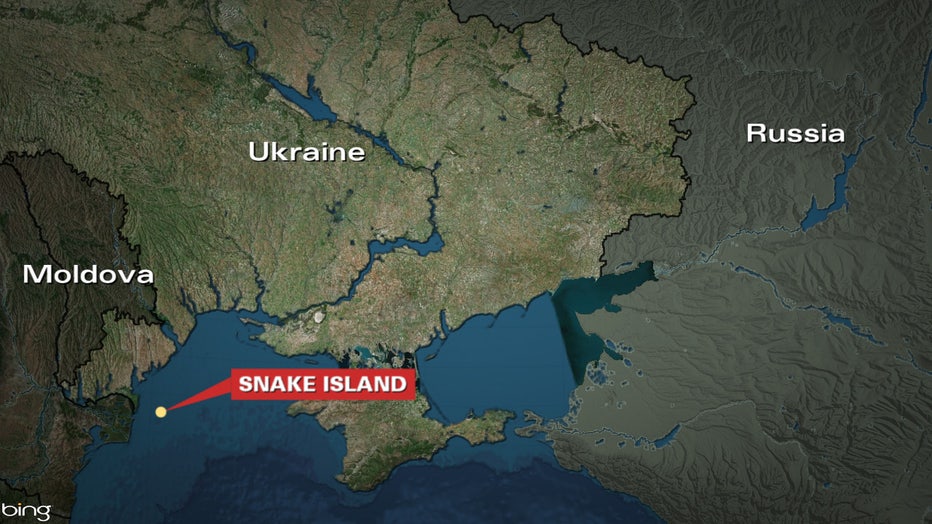 Russia's invasion of its smaller neighbor has created a humanitarian crisis as observers accuse Russian troops of firing upon civilians – including at a nuclear power plant last week.

Thousands of people have died, and more than 2 million people have already fled Ukraine, according to the United Nations.